Mzansi musician Lady Du is facing severe backlash from a cross-section of the public for always being the first to announce the death of a celebrity.

South African disc jockey and producer +DJ Dimplez died recently, and it appeared Lady Du was the first to break the news to the public. Ordinarily, this would have been just another announcement

But fans were quick to remember that she’d announced previous celebrity deaths, and they weren’t having it. They criticized her for always rushing to announce the deaths.

DJ Dimplez, one of the brains behind Pop Bottles, one of the most successful events in Johannesburg, died from a brain hemorrhage, according to his family.

It’s the second known death of a celebrity musician in just two months. In late February, Riky Rick, another hip-hop ace, had committed suicide in his studio, throwing South Africa into a state of mourning.

With DJ Dimplez’s passing, the mourning continues – no easy experience for South Africans who have had to contend with the challenges of the coronavirus pandemic that limited how artists could perform.

By the way, from time immemorial, peeps have never fancied those who bring bad news. You can check out some reactions to Lady Du below. 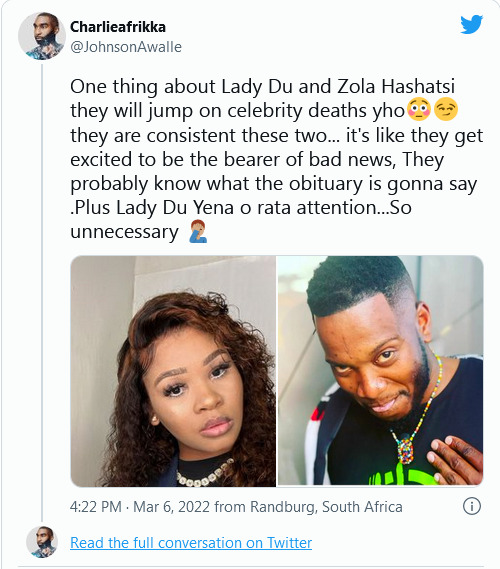 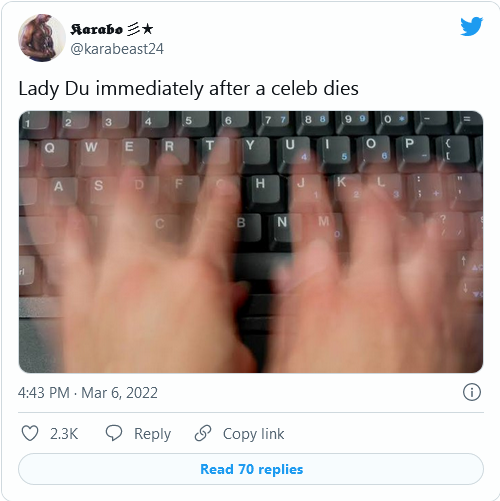 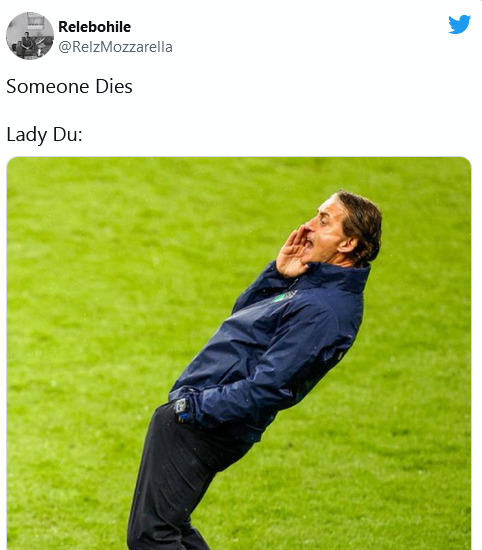 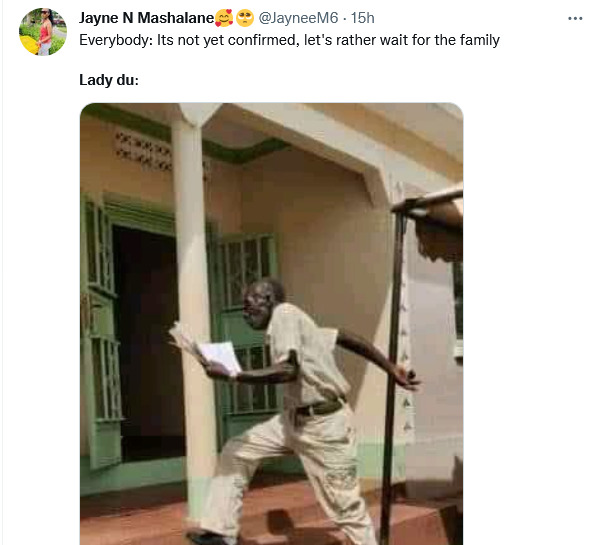 Tags
Lady Du
John Israel A Send an email 7 March 2022
Back to top button
Close
We use cookies on our website to give you the most relevant experience by remembering your preferences and repeat visits. By clicking “Accept All”, you consent to the use of ALL the cookies. However, you may visit "Cookie Settings" to provide a controlled consent.
Cookie SettingsAccept All
Manage Privacy