Amapiano star Lady Du fails to move the crowd during her performance at Cotton Fest.

Fans present at Cotton Fest testified that they had a fantastic time at the music festival. Riky Rick would be proud. However, many performances have trended on social media. Sadly, Lady Du hasn’t trended for the right reasons.

A clip of her performance has gone viral on Twitter, and everyone seems to be talking about it. The Amapiano DJ is seen performing “Umlando,” but she fails to move the unimpressed crowd. She also seemed to be doing the most in her performance.

Reacting to the video, a tweep claimed that the song was only popular as a trend and wasn’t a massive hit. Another tweep shared that Cotton Fest attendees are more interested in Hip Hop jams than in Amapiano. Twitter users believe Cotton Fest did Lady Du dirty. Check the trending video out below. 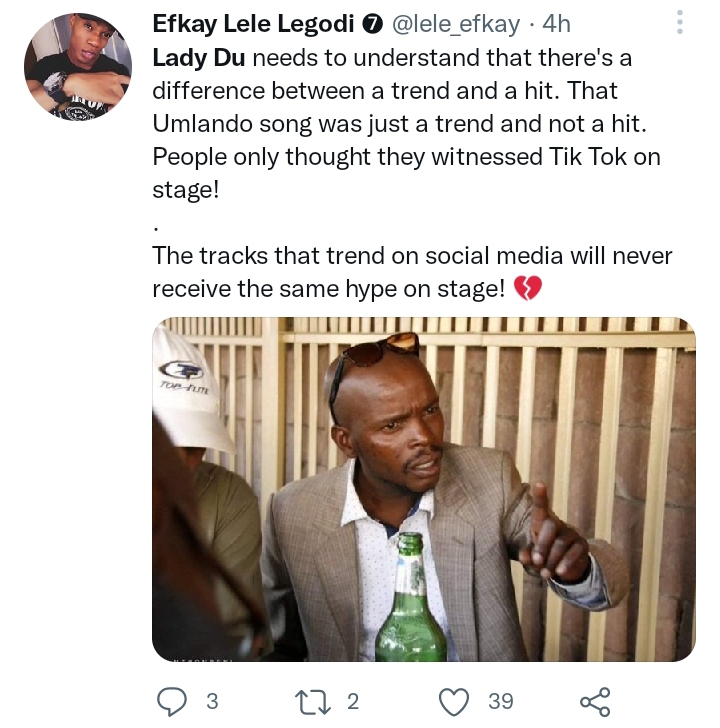 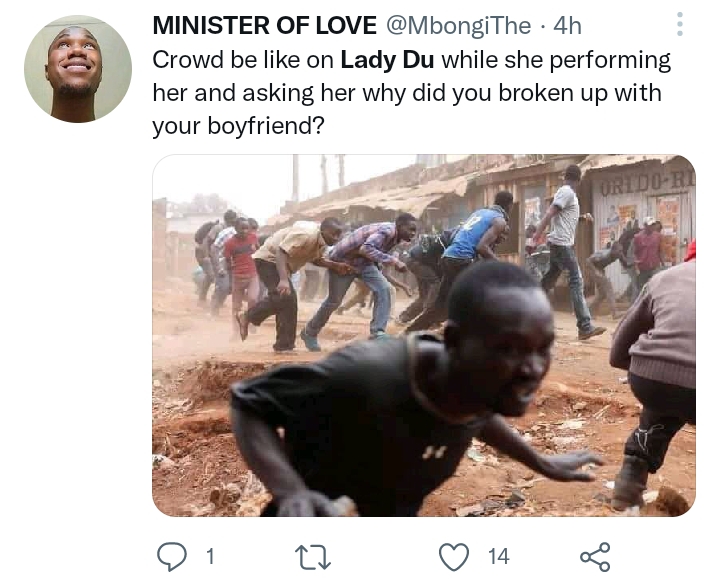 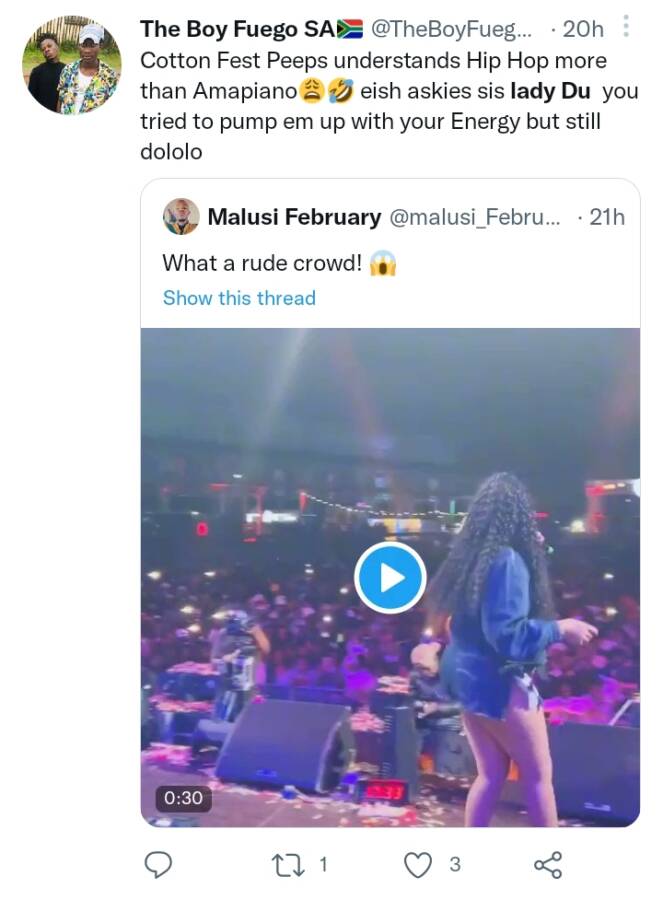 Tags
Cotton Fest Lady Du
John Jabulani Send an email 26 April 2022
Back to top button
Close
We use cookies on our website to give you the most relevant experience by remembering your preferences and repeat visits. By clicking “Accept All”, you consent to the use of ALL the cookies. However, you may visit "Cookie Settings" to provide a controlled consent.
Cookie SettingsAccept All
Manage Privacy