Lady shoots her shot at Prince Kaybee on Twitter amidst cheating saga.

Mzansi has been blown away by the recent drama that has trailed Prince Kaybee. The “Fetch Your Life” star trended heavily after a lady named, Eurica shared screenshots of their relationship behind his girlfriend’s back.

After initially trying to deny it, he finally apologized for cheating on Zola, and publicly asked his fans and mother for forgiveness. While we were still trying to make sense of it all, a lady on Twitter decided to shoot her shot at the “Uwrongo” star. She asked if she could buy him lunch, and all of Mzansi was shocked.

Social media users still cannot figure out what her true intentions are. However, Kaybee isn’t saying no to it. The lady’s tweet has gotten close to 3 thousand likes on the platform. We don’t know if they would actually get lunch together, and if his girlfriend would approve. 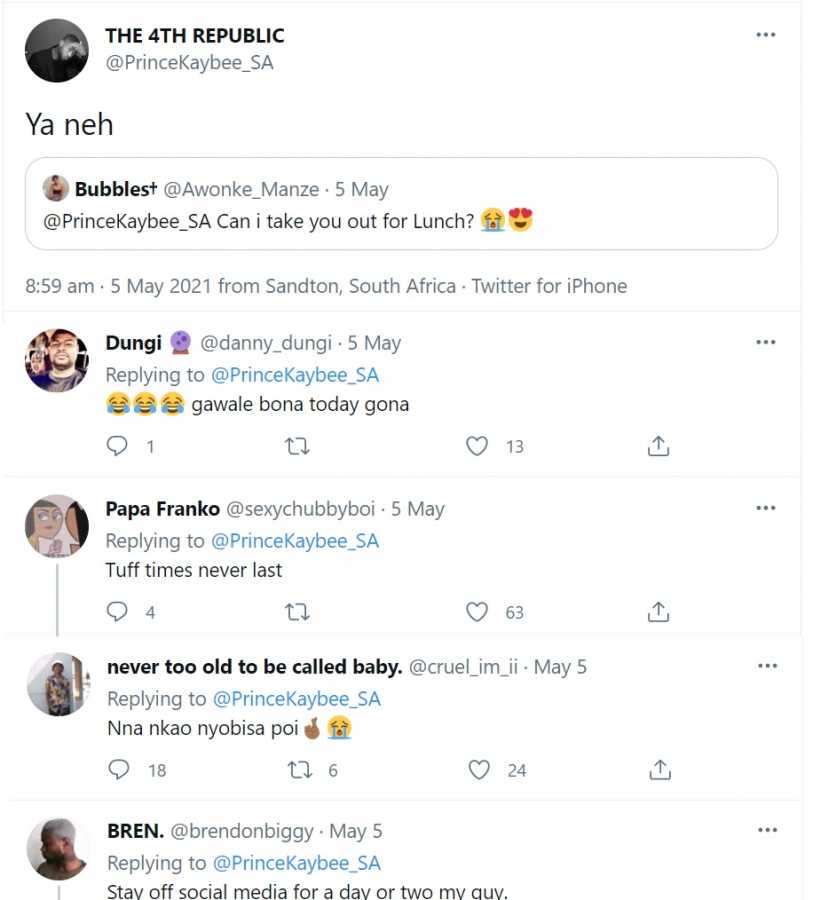