Lady Zamar wants people to focus more on her music than her personal life.

If you’re going to drop a bomb on the world best know that it would make them talk about you. Lady Zamar might be a very private person but Tweeps would rather talk about her business as much as they want.

It seems all the scrutiny is getting to her now. The “Collide” singer shocked the entire country when she accused ex-boyfriend, Sjava of sexual assault. This lead many to weigh in on the matter with some siding her while others called her a liar.

The Mzansi star recently took to Twitter to say she hoped people would focus more on her music than on her private life. She also appreciated her day one fans who she says have been with her since 2015.

When a follower pointed out that she brought her business to Twitter, she defended herself saying she didn’t. In her opinion, she was trolled by tweeps who spread rumours about her that she couldn’t defend.

“I love music and I love my fans. But no one is entitled to the personal details of my life. I’m tired of being dragged for every possible thing under the sun, especially stuff none of you know anything about. Love and appreciate my day ones though.”

Zamartians have been with me from day one. From 2015 to 2020, and there is still so much (more) to come. I just want to send a massive thank you to all my day ones.” 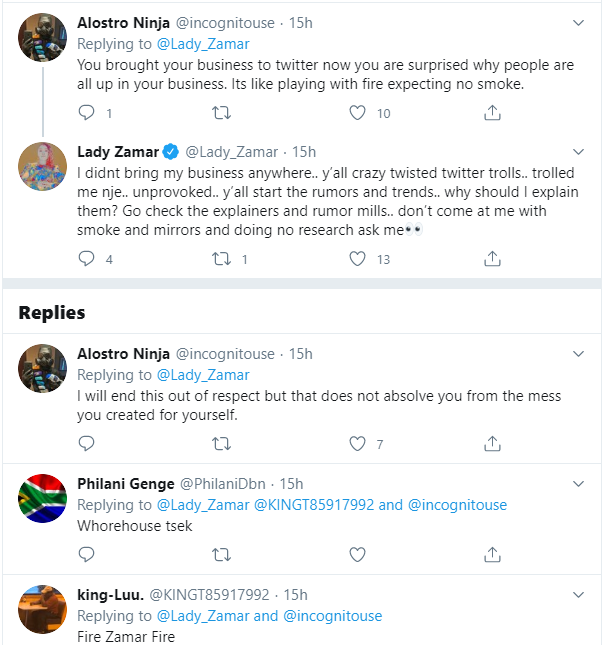