Hip hop champ Khuli Chana celebrated his birthday recently, and the hip hop community celebrated with him. His life Lamiez Holworthy made the celebration especially special.

Lamiez Holworthy, a musician herself surprised Khuli Chana with a brand new, gleaming red Jeep Wrangler. She didn’t gift him the SUV on his birthday but days after. Taking to Twitter on 29 August, she had noted that it was still his birth month. She thanked Jeep Sandton, a dealership that helped him pull off the surprise for her partner.

You can check out Lamiez Holworthy’s tweet, as well as some pictures of the couple below. 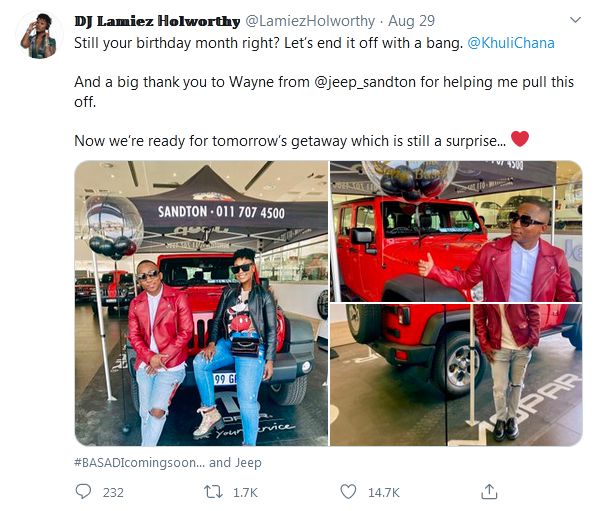 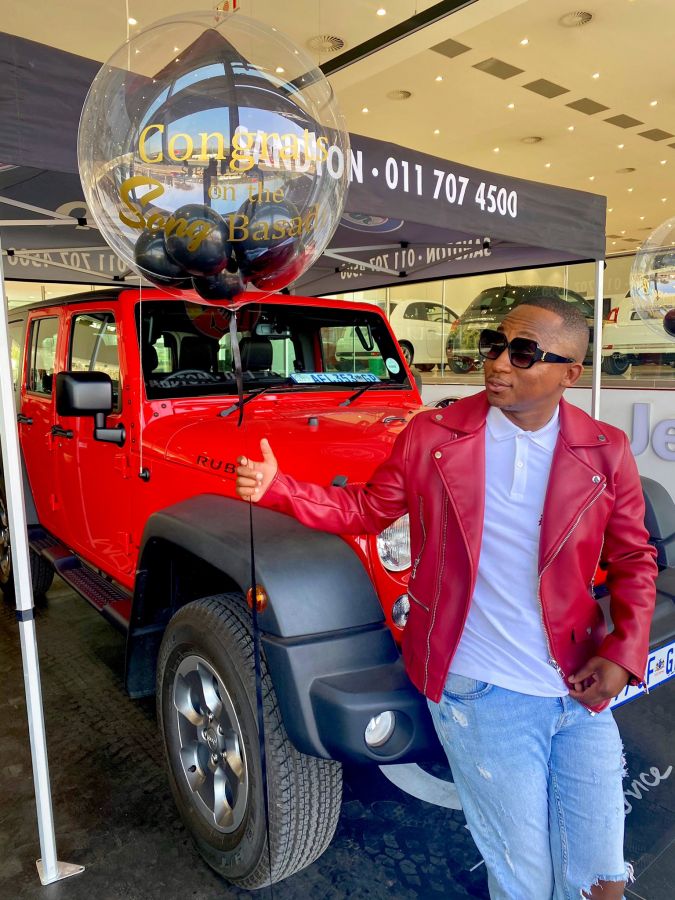 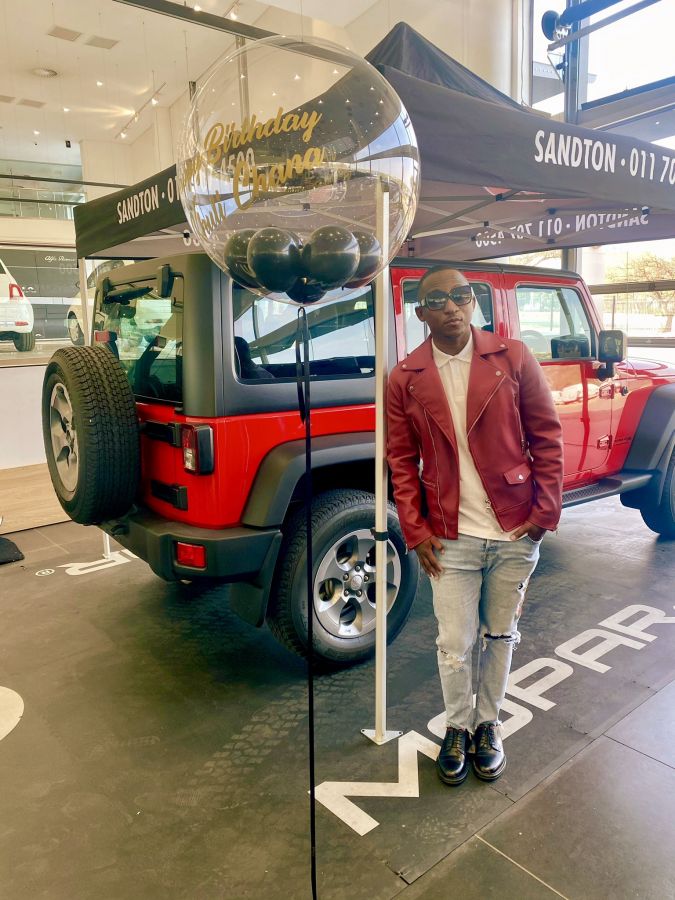 Khuli Chana and Lamiez Holworthy have got a relationship that is the talk of the industry. The pair has a daughter together and never hesitates to show each other love in public.

By the way, Khuli Chana recently released the music video of his song “Basadi” in collaboration with Cassper Nyovest. It is reported that Khuli Chana himself is one of the artistes featured on Cassper Nyovest’s imminent “Any Minute Now (AMN)” album.

What do you make of Lamiez Holworthy’s gift, by the way? The Mzansi DJ has promised her man more surprises. Well, we will be out here waiting to share them with you as they drop.

Tags
Khuli Chana Lamiez Holworthy
John Israel A Send an email 31 August 2020
Back to top button
Close
We use cookies on our website to give you the most relevant experience by remembering your preferences and repeat visits. By clicking “Accept All”, you consent to the use of ALL the cookies. However, you may visit "Cookie Settings" to provide a controlled consent.
Cookie SettingsAccept All
Manage Privacy