At some point in her career, she had announced her departure from Twitter, regretting the toxicity of that environment. But then South African DJ and singer Lamiez Holworthy also knows that social media has its positive sides as well.

This much she made apparent in a tweet today, January 13. According to her, while social media might be dark, it has also provided an avenue for people to meet and change each other’s lives for the better. 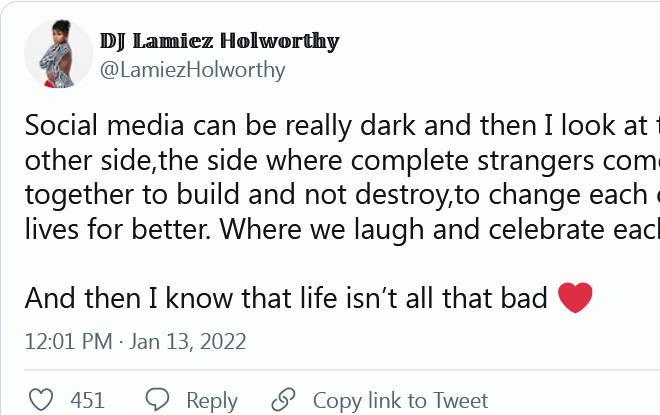 If no one else, at least the lady she recently helped by purchasing a lymphedema machine, Mimo Mokgosi, a liver transplant survivor, will agree with DJ Lamiez.

The Pholoso M Foundation had announced on Twitter that Mimo needed the machine, as well as other medical supplies to make her life easier. Lamiez saw the tweet and reached out to them privately. Thereafter, it was revealed that she’d bought the machine for Mimo. 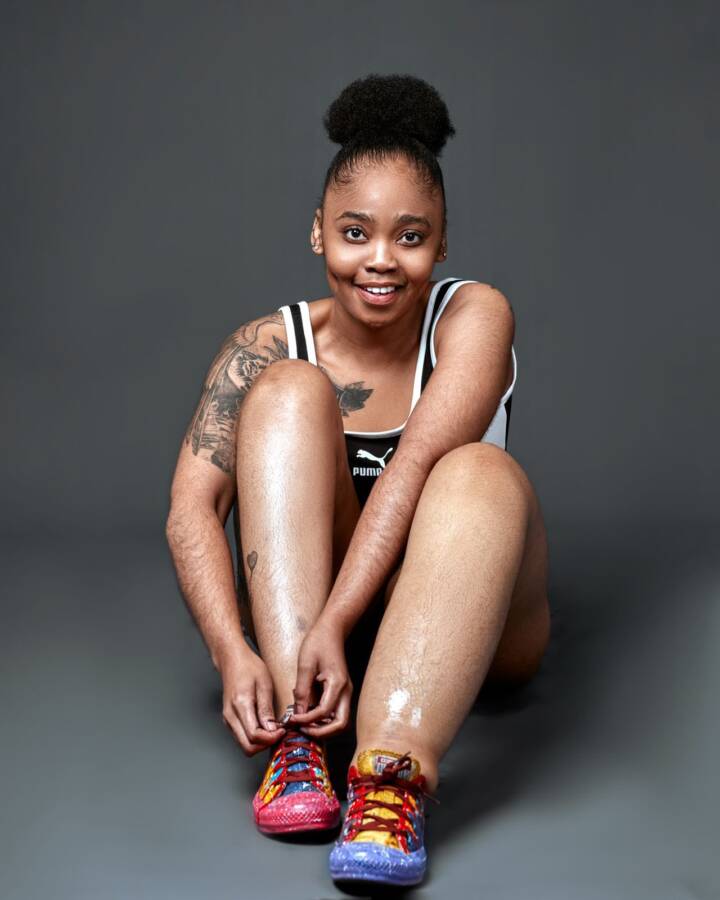 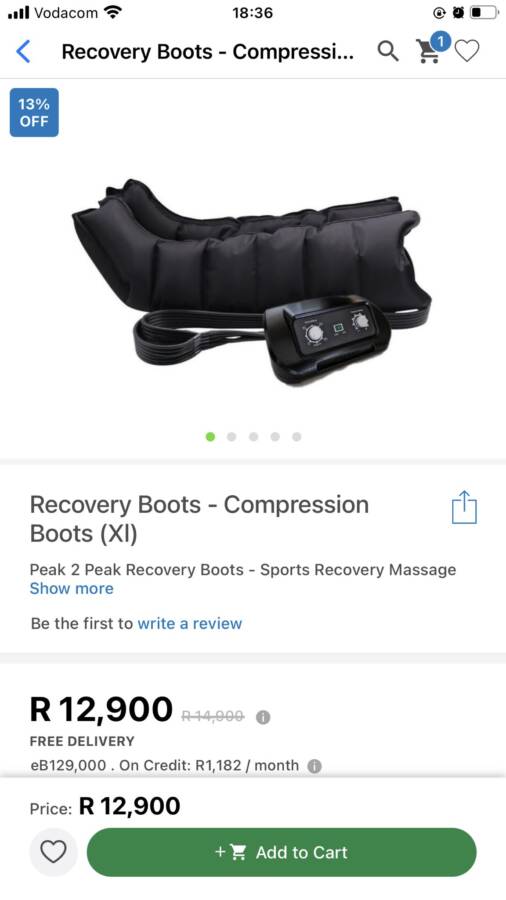 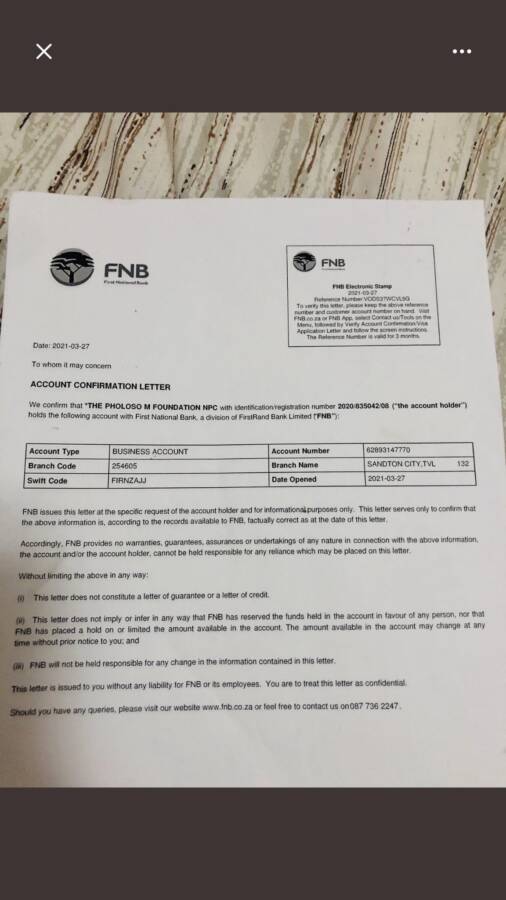 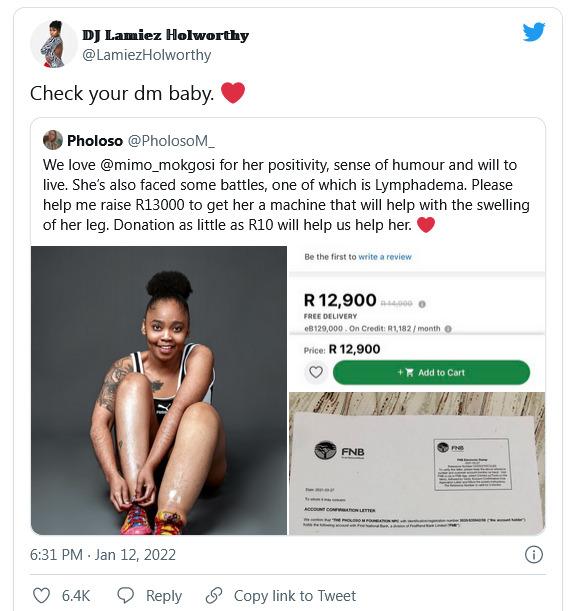 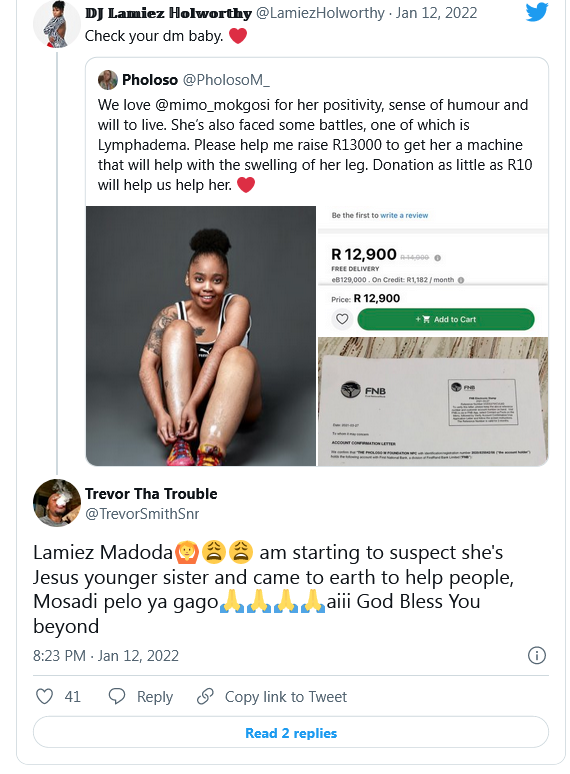 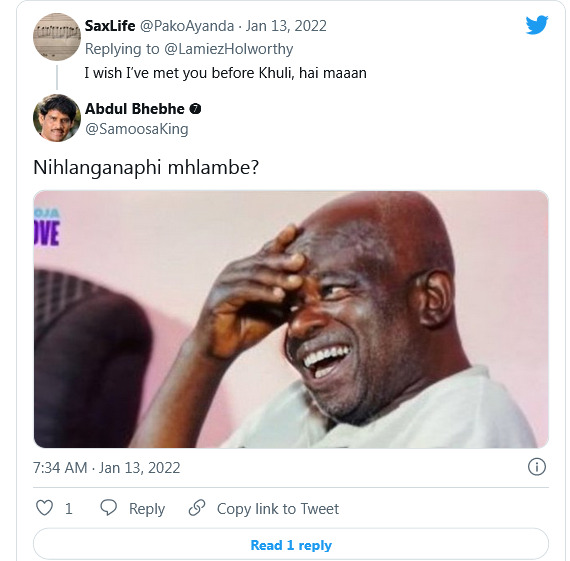 Fans were chuffed with her generosity and they blessed her for it. It isn’t the first time Lamiez has helped a stranger in need, though. She’d helped strangers a couple of times previously.  And from the look of things, she isn’t done helping people. One more reason not to give up hope on humanity.

Tags
Lamiez Holworthy Mimo Mokgosi
John Israel A Send an email 13 January 2022
Back to top button
Close
We use cookies on our website to give you the most relevant experience by remembering your preferences and repeat visits. By clicking “Accept All”, you consent to the use of ALL the cookies. However, you may visit "Cookie Settings" to provide a controlled consent.
Cookie SettingsAccept All
Manage Privacy