Mzansi is in mourning for the late rapper Riky Rick. Amid the tears, though, the Rainbow Nation is praising Bianca Naidoo, Riky Rick’s wife, for her speech at the rapper’s funeral.

In her speech, Bianca had noted that Riky Rick had always urged her to find that thing that set her soul on fire. Apparently, he didn’t realize that he was that very thing.

Her speech provoked an outpouring of emotion for many social media users. Many wished her strength at this unforgiving hour; others encouraged her, noting she was – really is – a strong woman.

And yet for some others, her speech at Riky Rick’s funeral is enough encouragement not to give up on love. You can check out some reactions below

All the love & light to Bianca. This is strength. 🥺🤍 #RIPRickyRick pic.twitter.com/iKQ5147NmQ 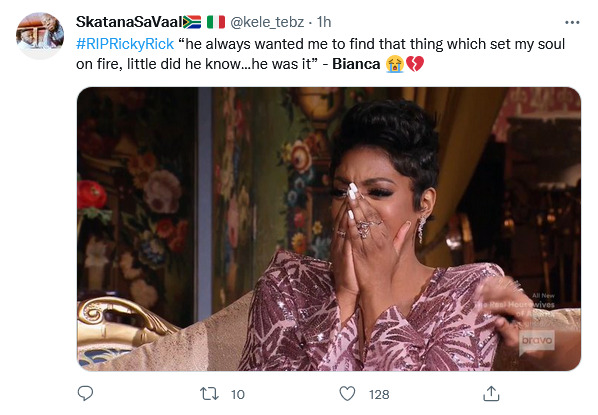 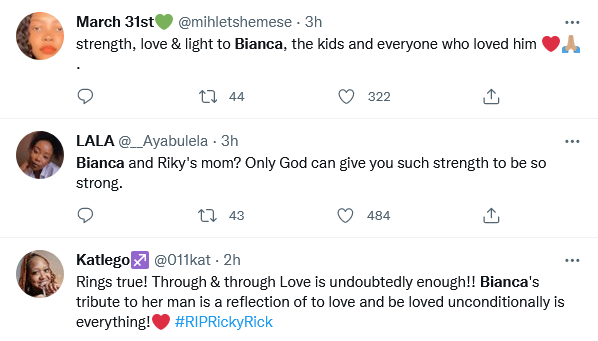 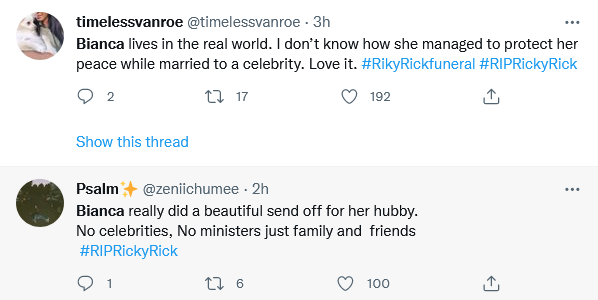 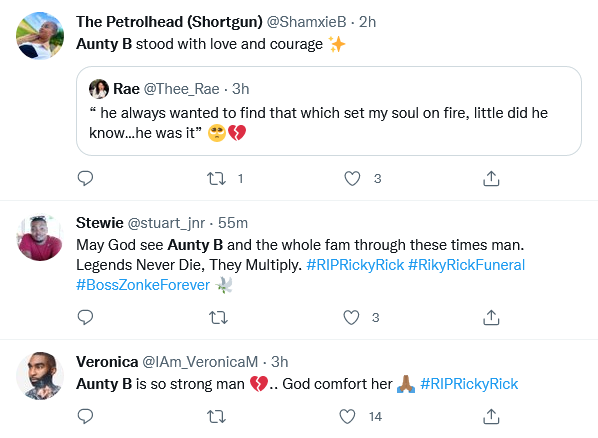 Interestingly, speculations were rife that Riky Rick had taken his own life because of the imminent collapse of his marriage to Bianca. But the “Boss Zonke” rapper’s suicide note rubbished that speculation.

Riky Rick will be sorely missed for his bubbly personality and for giving spaces to shine to little-known voices in South Africa’s music universe. And as some of his fans have noted, the tragedy of his passing will be hard to recover from. Sadly true, that.

Tags
Bianca Naidoo Riky Rick
John Israel A1 March 2022
Back to top button
Close
We use cookies on our website to give you the most relevant experience by remembering your preferences and repeat visits. By clicking “Accept All”, you consent to the use of ALL the cookies. However, you may visit "Cookie Settings" to provide a controlled consent.
Cookie SettingsAccept All
Manage Privacy