Boity’s recent platinum certification was a subject of for the songstress as well as her fans. But there is one man who is totally unimpressed by it all and who is insinuating the certification is not to be trusted.

That man is Lavida Nota – also called Nota Baloyi. In a recent tweet, the songster, who prides himself as a music authority, stated that he doesn’t trust the platinum plaque the “Wuz Dat” rapper got. He accused Def Jam of being the biggest plaque cappers.

He, however, added that the plaque Boity got from Yanga Chief was eligible to be certified gold by the Recording Industry South Africa (RiSA). 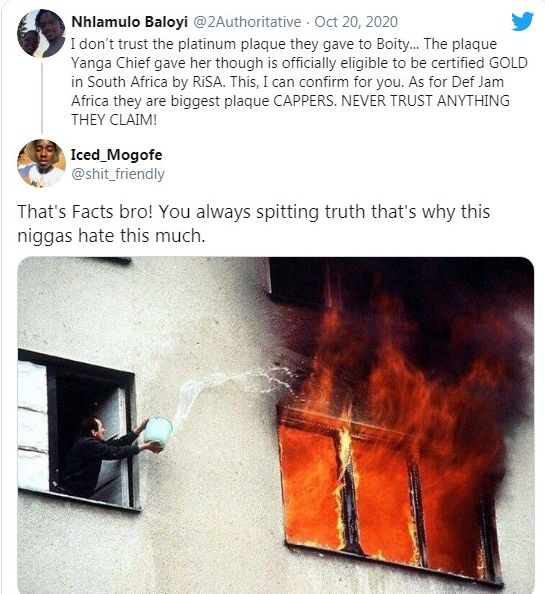 Lavida Nota has been way too outspoken on many subjects and has riled many industry members along the line. Among those he had provoked with his statements include the “Zulu Man With Some Power” Nasty C and the Family Tree CEO Cassper Nyovest.

In fact, such was the tension between him and Cass that the “Any Minute Now (AMN)” muso had called Nota a fraudster.

What do you think of Lavida nota’s take on Boity’s platinum certification? You might want to join the conversation by dropping your thoughts in the comment section below.