“Fetch Your Life” muso Prince Kaybee is apparently set to fetch his life from the waste bin where a former flame threw it in a moment of public indiscretion.

A Twitter user identified as Eurica had shared screenshots of her intimate conversation with the songster. At the outset, Prince Kaybee tried to deny any wrongdoing, insisting that the lady in question was a costume designer that came for measurements. 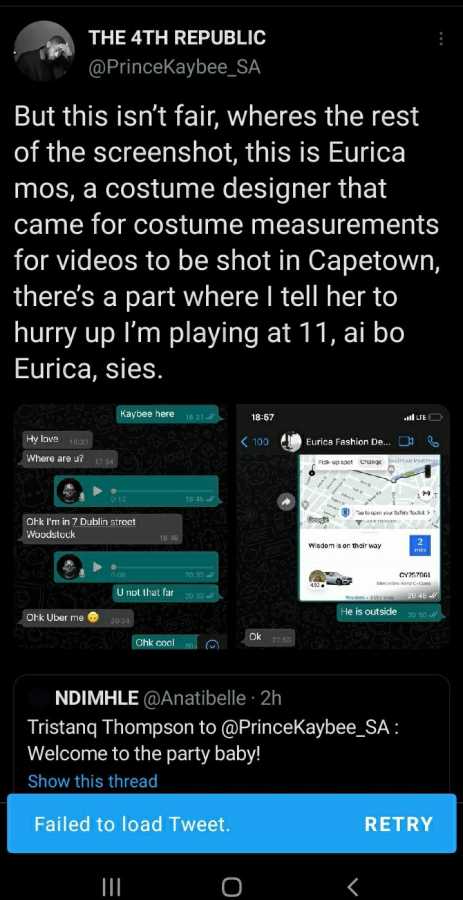 He had laughed at the screenshots she shared, asking for the rest of them.  But when Eurica produced more and even a picture of Prince Kaybee’s private part, the songster owned up and apologized to everyone, including his girlfriend and his mother.

Many had expressed disappointment in Prince Kaybee, stating he has been claiming to be what he wasn’t (a gentleman). A fan had asked Prince Kaybee if he would be taking legal action against Eurica, and he said yes he would. 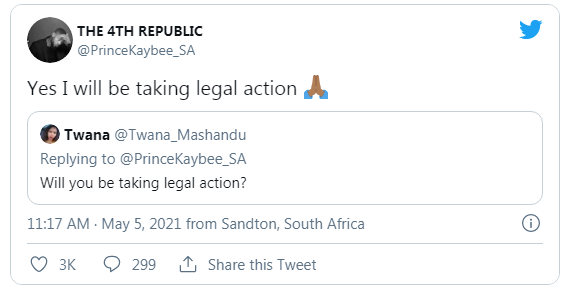 He didn’t give a clue when he’s be taking legal action, however. While some fans supported his planned legal move, others asked him to just ignore the lady who exposed his nakedness, arguing that a court case would drag on indefinitely.

What do you think, though? Share your thoughts below.