Lerato Kganyago waves off a Twitter user who made jest of her failed marriage.

It hasn’t been long since media personality, Lerato Kganyago announced she has split from her husband of almost two months, Thami Ndlela. This led to a lot of trolling and judging on social media. But it seems she has no energy for all that.

The media star recently waved off a troll on Twitter who tried to poke fun at her failed marriage. She had stated her pain at not making the annual journey to Moria as every member of the Zion Christian Church (ZCC) usually does.

The troll seized the opportunity to poke fun at her in a recently deleted tweet. She questioned her faith saying she needs prayers due to her failed marriage, and that she only remembers God when facing difficult times. She expertly waved the troll off saying she knows nothing about her. 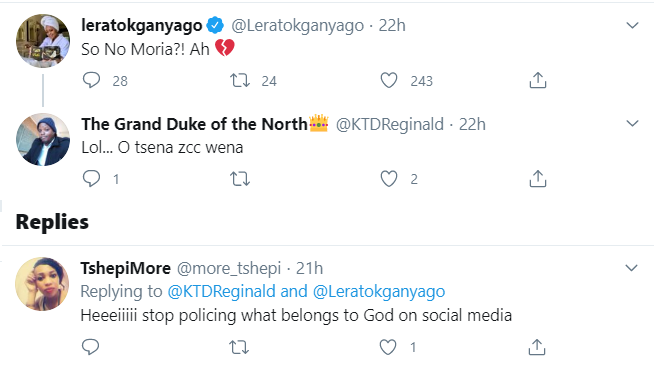 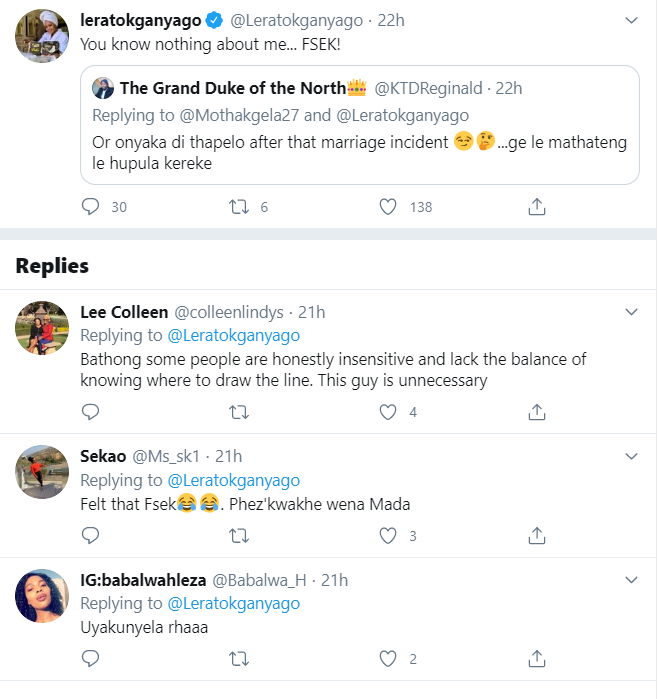