Mzansi actress, model and businesswoman, Lerato Kganyago was gifted a hotel by her billionaire husband, Thami Ndlala as a Valentine’s Day gift.

Trust Valentine’s Day to be the day everyone tries to top what they did in the previous year. Couples set out to give their partners the best gifts, and even show them a really good time so they do not forget about it in a really long while. This year was no different.

Lerato Kganyago and her husband, Thami Ndlala seem to have taken the crown of the year’s biggest gift, and social media cannot shut up about it. In several posts shared to her Instagram page, the popular actress revealed that she got a hotel resort as a Valentine’s Day gift. Crazy right?

Well everyone has been gasping for air since the news hit the net. Lerato revealed that her husband gifted her the 12 on Hillel Villa and Spa on Valentine’s Day. In another post, she stated that the hotel was renovated to suit her taste. She also revealed that she was kept from the renovations process.

She has announced that she is naming the restaurant “AMOUR” meaning Lerato, Thando, Love. She had previously posted what the hotel looked like a while back. However, at her husband, Thami’s request to stop stressing, she let him do it all by himself. Lerato says she cannot wait to show fans the final product of the renovations. Social media has been flooded with reactions to this. Check some of them out below.

Lerato Kganyago got a hotel for #ValentinesDay2022 pic.twitter.com/mw0uurvBnG

Lerato kganyago is the new of owner of the north cliff . pic.twitter.com/AwY0XOFhF2 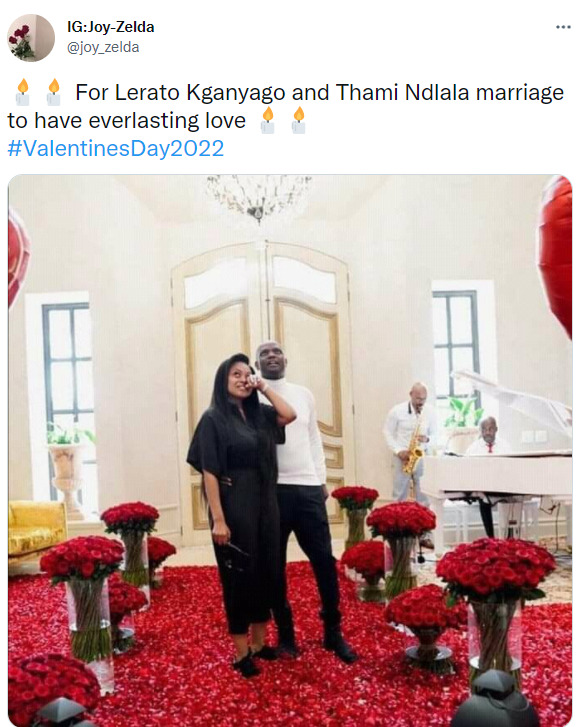 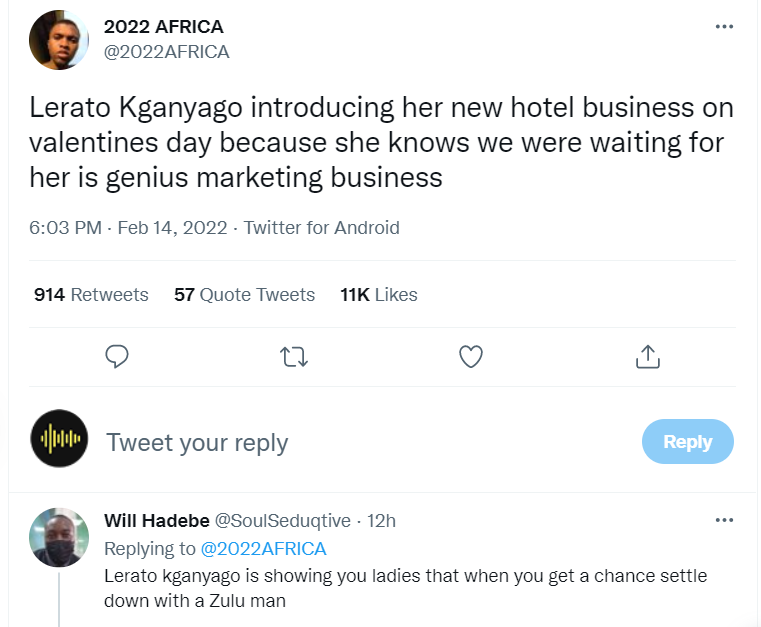 Tags
Lerato Kganyago Thami Ndlala
John Jabulani Send an email 15 February 2022
Back to top button
Close
We use cookies on our website to give you the most relevant experience by remembering your preferences and repeat visits. By clicking “Accept All”, you consent to the use of ALL the cookies. However, you may visit "Cookie Settings" to provide a controlled consent.
Cookie SettingsAccept All
Manage Privacy