He is quoted saying “I’m in the trenches, relax / Can you not play that lil’ boy in the club? ‘Cause we do not listen to rats”. Fans have deduced it to be a shot at Tekashi.

In a recent interview with Power 106, he opened up about who the sub was directed at. He simply said that it’s for “whoever make music and rat”. According to him, it could be one person, two people or more. He also stated that music from “rats” will not be playing at the club whenever he is out partying.

Tekashi is yet to respond to this. Also, weighing in on the new argument about whether Drake is the new Michael Jackson, Durk made it clear that he is. He shared a post via his Instagram stories stating that the “God’s Plan” rapper’s name should be changed to Michael Jackson. The argument began when Fat Joe made reference to Drizzy dropping chart-topping hits like MJ. 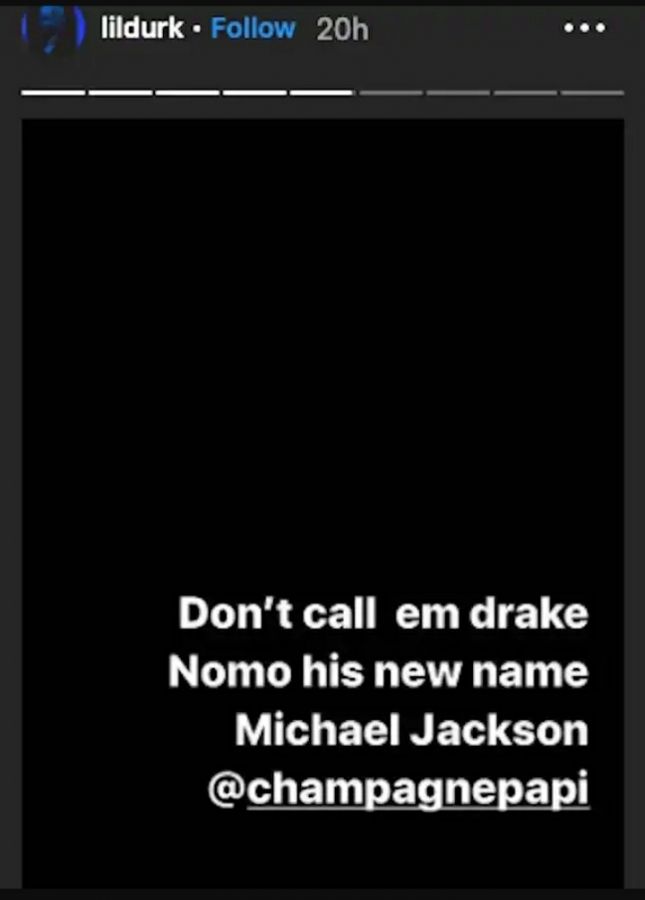 Tags
Drake Lil Durk
John Jabulani Send an email 19 August 2020
Back to top button
Close
We use cookies on our website to give you the most relevant experience by remembering your preferences and repeat visits. By clicking “Accept All”, you consent to the use of ALL the cookies. However, you may visit "Cookie Settings" to provide a controlled consent.
Cookie SettingsAccept All
Manage Privacy