The Lil clan is in mourning right now following the death of one of its own, up and coming rapper Lil Keed. He was 24.

Until his death, he was signed to Young Thug’s Young Stoner Life Records.

His brother Lil Gotit broke the news of his death in an Instagram post today, May 14. He noted he’d seen his brother die today and wept himself sore.

He noted that he knew his brother’s dreams, which included taking care of their parents and their siblings. And he promised he’d take care of them. You can check out the post below. It has been liked over 209k times and with over 15k comments. 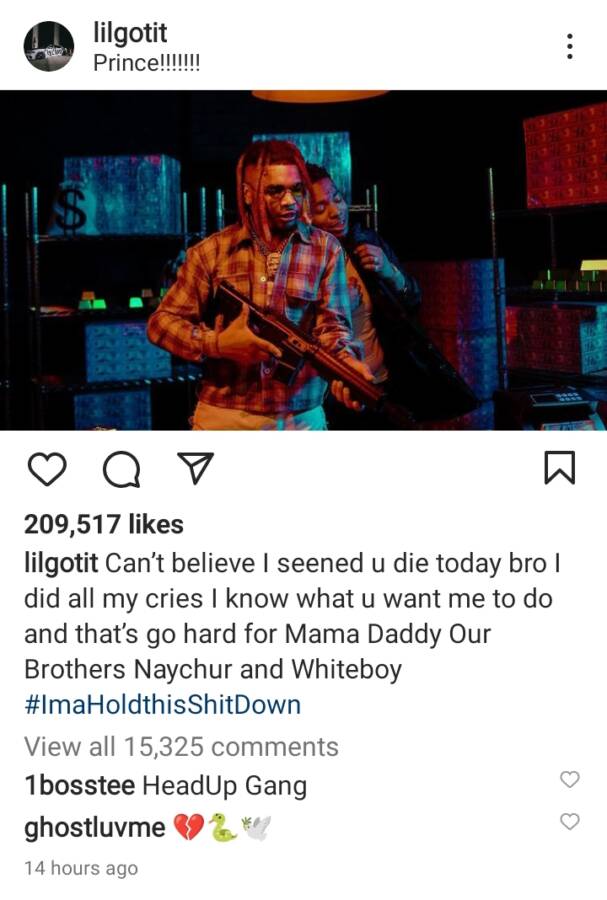 At the time of writing, the cause of Lil Keed’s death had not been disclosed. Although Lil Gotit had broken the news, he gave no clues about what killed his brother.

Still, it was apparent he was deeply grieved by his brother’s death, as he posted about Lil Keed again on his Stories.

Keed signed to YSL back in 2018 a d released a critically acclaimed album dubbed “Long Live Mexico” a year after. In the years since his signing, he’d worked with several key voices in A. Erica rap, including Quavo, Dolla $ign, 42 Dugg and Lil Uzi Vert.

Tags
Lil Gotit Lil Keed USA
John Israel A Send an email 14 May 2022
Back to top button
Close
We use cookies on our website to give you the most relevant experience by remembering your preferences and repeat visits. By clicking “Accept All”, you consent to the use of ALL the cookies. However, you may visit "Cookie Settings" to provide a controlled consent.
Cookie SettingsAccept All
Manage Privacy