It’s been two straight years of BET snubs for Lil Nas X, and this time he didn’t hesitate to vent his frustrations.

The “Montero” emcee had his last BET nomination in 2020. Since then, it’s been a dry run for him. Thus came the complaint via Twitter.

Although he’d since deleted the tweet, he’d already stirred conversations about his snub by the award, with some stating that he deserved to be nominated more than Jack Harlow, with whom he had collaborated previously on a song dubbed “Industry Baby.”

It turned out Jack was the only one considered an industry baby and pampered with a nomination.

Anyway, it’s one thing to be nominated and a different ball game to win.

According to one aggrieved fan, Jack Harlow getting a nomination over Lil Nas X is pretty weird. And for this reason, she wouldn’t be watching. Another indicated BET is erasing black queer people. You can check out some of the comments below. 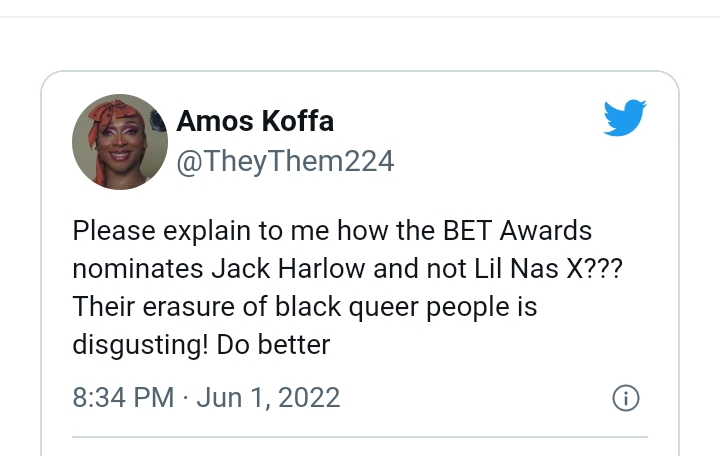 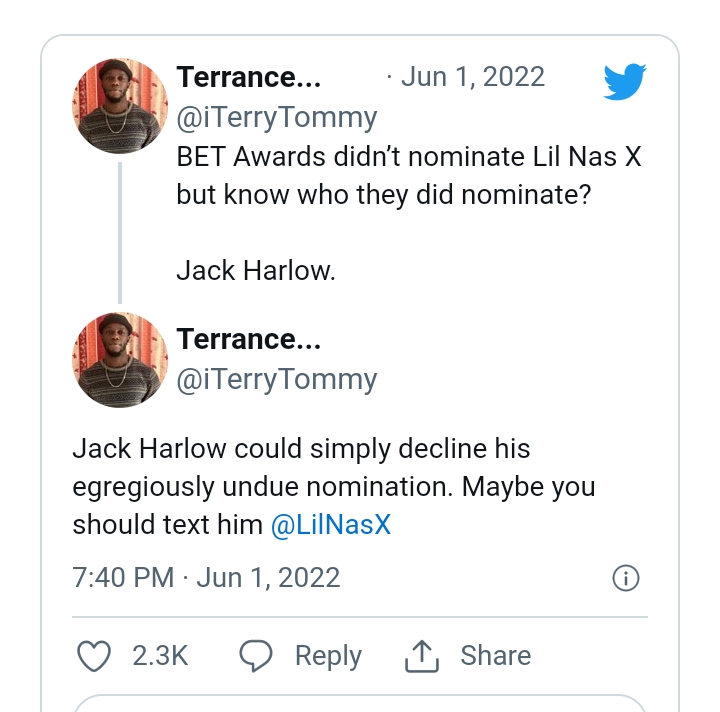 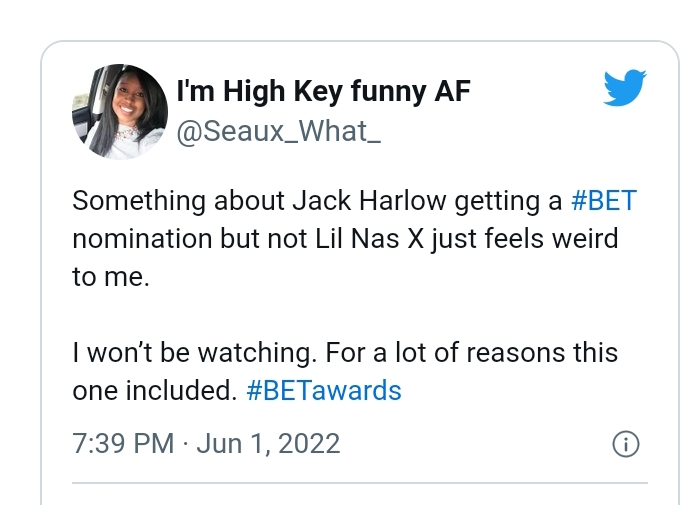 Well, it remains to be seen if Lil Nas X’s nomination drought will continue into the new year or if he’ll get the nod again.

Tags
BET Award Lil Nas X USA
John Israel A Send an email 2 June 2022
Back to top button
Close
We use cookies on our website to give you the most relevant experience by remembering your preferences and repeat visits. By clicking “Accept All”, you consent to the use of ALL the cookies. However, you may visit "Cookie Settings" to provide a controlled consent.
Cookie SettingsAccept All
Manage Privacy