South African singer Lerato Moipone Molapo, who’s best known by her adopted stage name Lira, has suffered a stroke, according to her family. It has affected her ability to communicate.

The family disclosed this in a statement released on Facebook yesterday, April 19. The songstress had suffered a stroke while in Germany for a performance. It impacted her speech, and she had to be brought back home to South Africa.

She’s currently in Mzansi, where, according to her family, she’s receiving the best medical care in the industry. 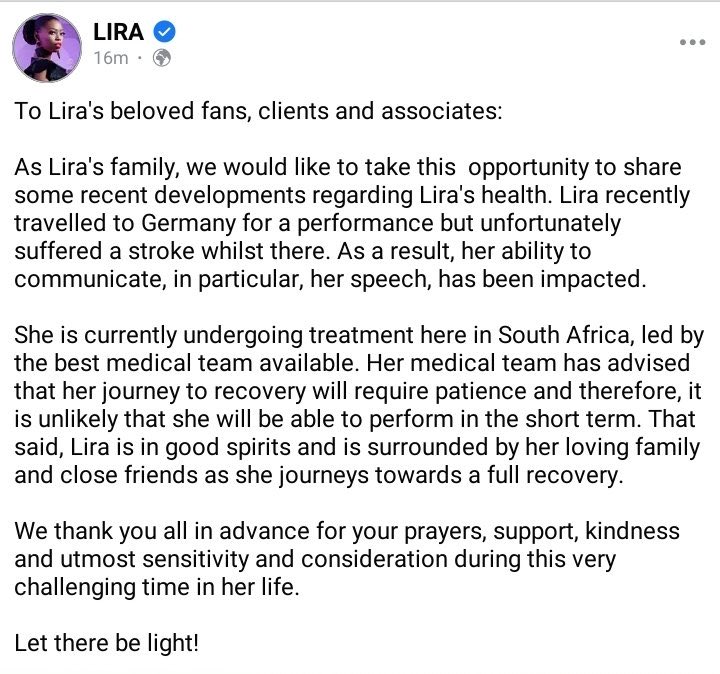 According to her family, quoting her doctors, the journey to recovery might take time, and the 44-year-old singer might not be able to perform in the short term. In the long run, fans can expect to see her back on the singing circuit.

The news of her stroke reverberated throughout South Africa. Understandably, it has been raining well wishes since then. Fans and fellow musicians alike have been wishing her a quick recovery from the stroke. You can check out some of the comments so far below. 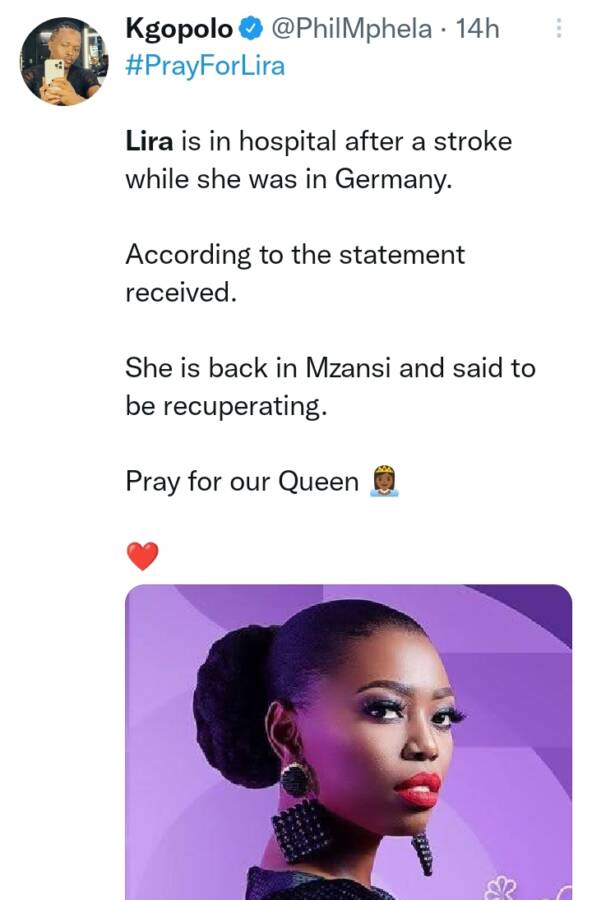 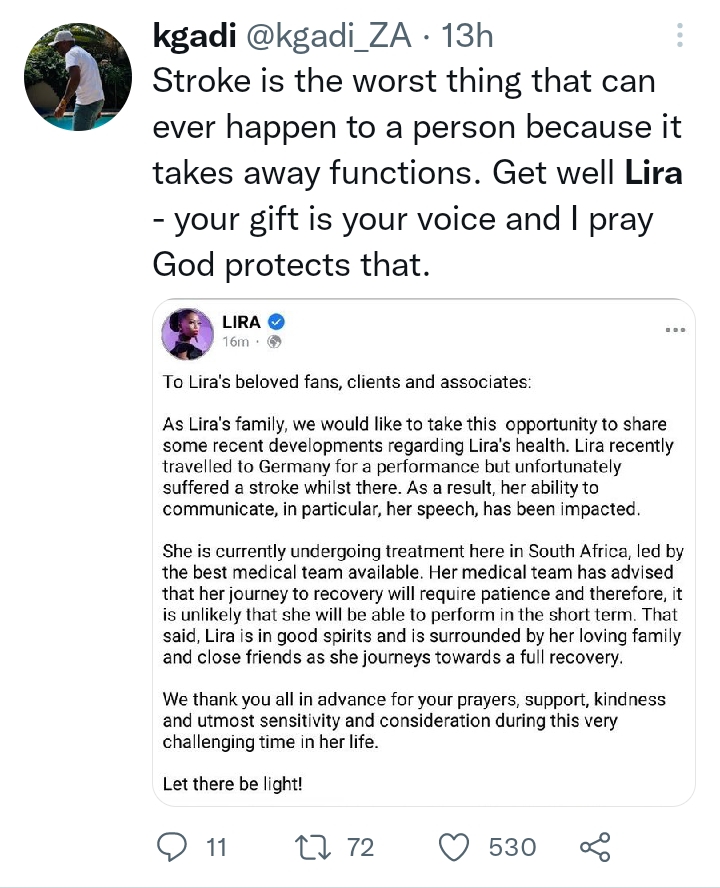 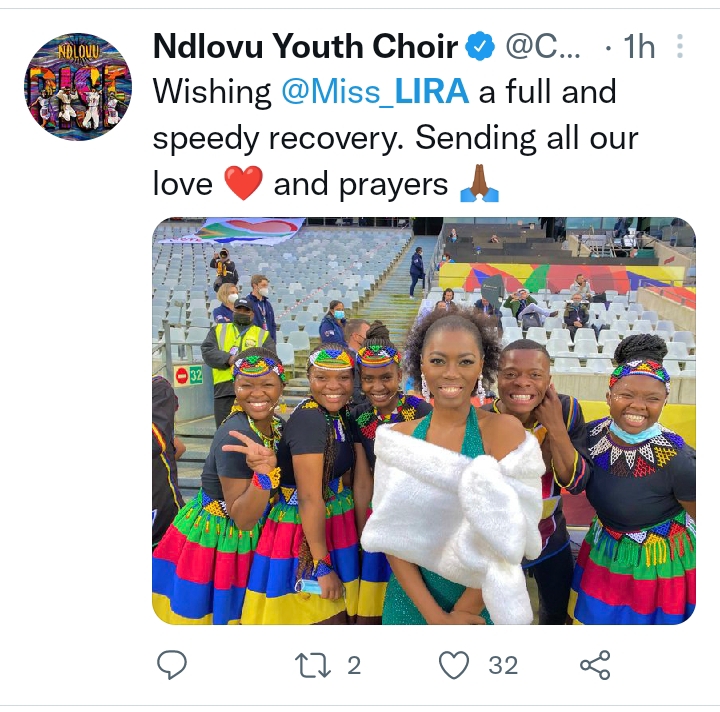 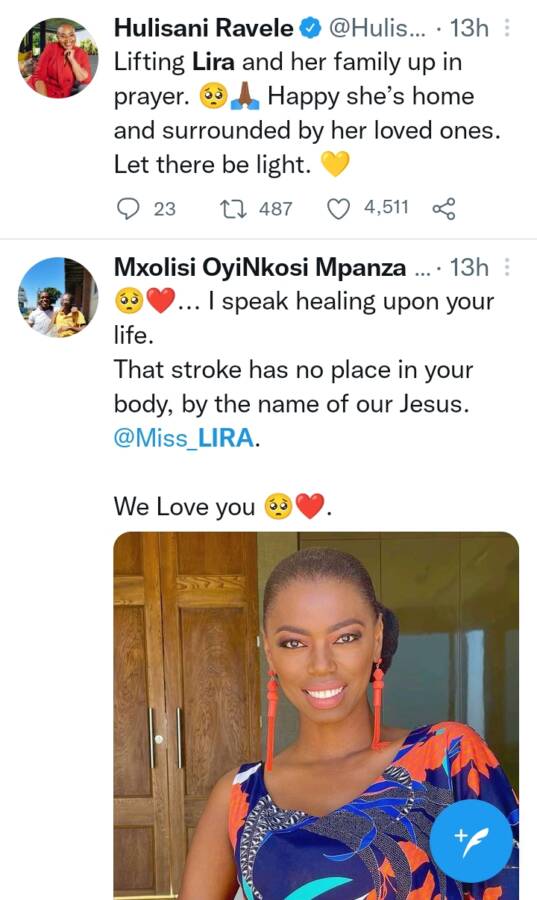 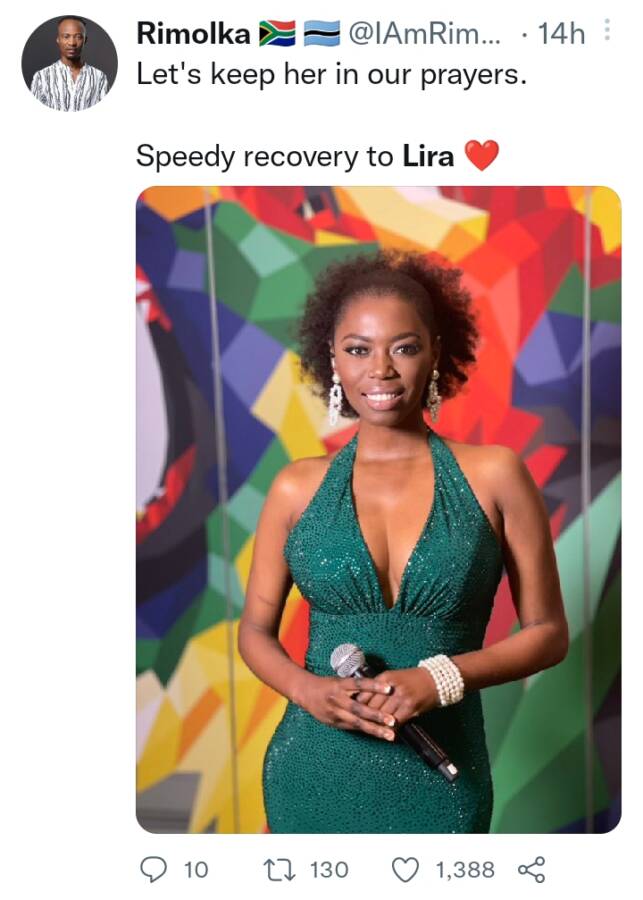 A notable voice in South African music, Lira is conversant with and speaks four languages. She also has several songs to her name. Some of her notable releases to date include “Hamba,” “Feel Good,” and “Something Inside So Strong.”

Tags
Lira
John Israel A Send an email 20 April 2022
Back to top button
Close
We use cookies on our website to give you the most relevant experience by remembering your preferences and repeat visits. By clicking “Accept All”, you consent to the use of ALL the cookies. However, you may visit "Cookie Settings" to provide a controlled consent.
Cookie SettingsAccept All
Manage Privacy