Apparently Londie London is getting married soon. Not long ago, the songstress announced she is a fiancée and showed off her engagement ring as well as her baby bump. In a recent chat with fans, she got into some details in the relationship department.

Weeks back, many of have fans had thought she had subtly indicated in one of her Instagram post that she was married, but she laughed that off, stating that she was traditionally engaged to the man whose pregnancy she is carrying. She gave no name.

Some fans were curious if the man she is set to get married to is the father of Kim Khlowie’s child. She said he isn’t, while also making it clear that she isn’t going to be married as a second wife.

You can check out some of the questions and Londie London’s answers below. 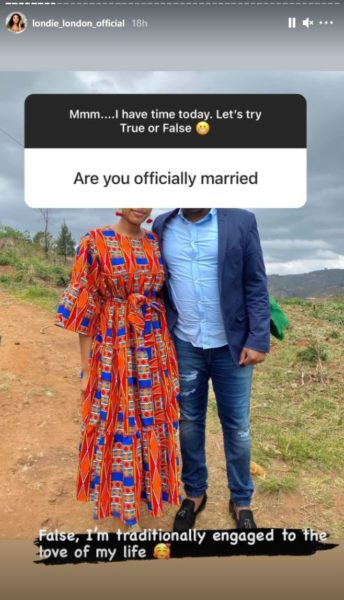 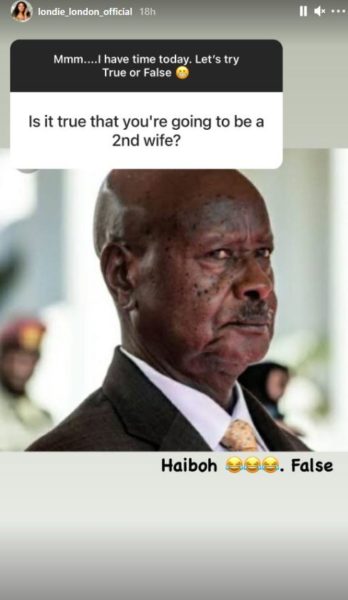 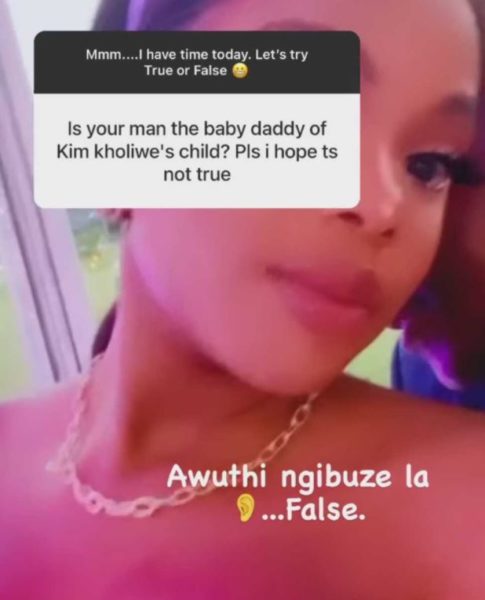 Londie London didn’t indicate when the wedding bells might right. But then we have our ears to the ground and will bring you details whenever she and her beau should decide to say, as the cliché goes, I do.

Well, what do you think of her responses? You might want to join the conversation by dropping your thoughts in the comment section below.