Apparently Londie London is now a fiancé. The songstress revealed that much herself in a recent Instagram post.

The revelation she is now a fiancé follows the unveiling of her pregnancy on Instagram. The songstress had shared a photo and video showing her heavily pregnant form and stating as caption that she got what she prayed for – she and her man.

Her post was lengthy. The key message of the post was her love for the child, which is boundless although she is yet to have the child in her arms.

The revelation of her pregnancy had provoked fans to curiosity, with many of them wanting to know the father. Although the songstress failed to give the name of her man, she left no one in doubt that that someone has snapped her off the shelf and she is no longer available. 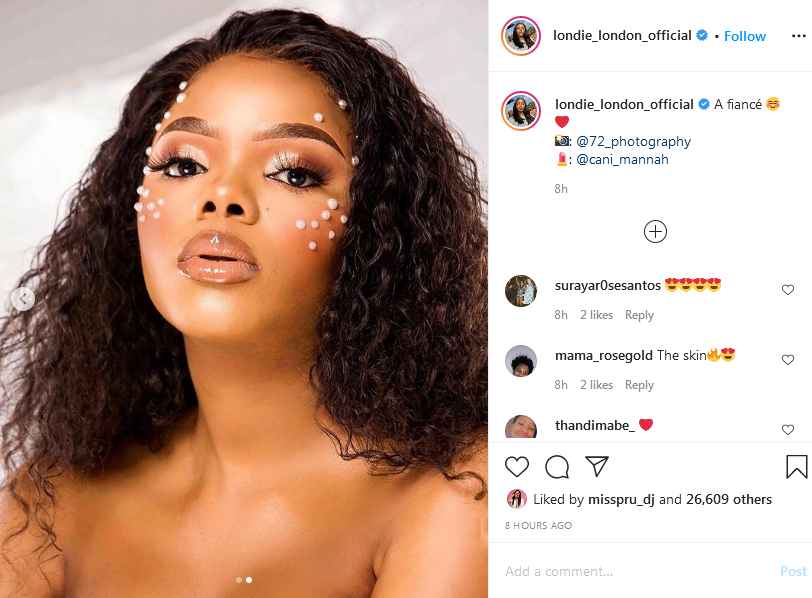 How long until she reveals the real identity of her man? Well, we can’t tell. But then we’ll be out here watching, ready to share new details with y’all. You might want to stay in  the loop by following our social media channels as well as subscribing to our newsfeed.

What do you think of Londie London joining the fiancé’s club?