Season 2 of the Showmax Original The Real Housewives of Durban launches on 28 January 2022, with new episodes following every Friday. 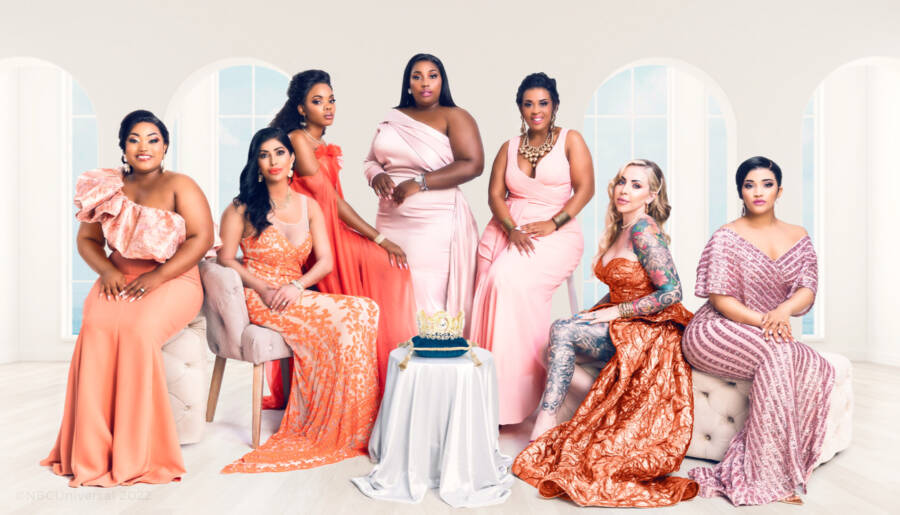 Londie London is one of three new wives featured this season: she’s a musician, actress and jewellery designer who recently returned to Durban with her husband, businessman Hlubi Nkosi, and baby boy, Uminathi.

We chatted to her to find out more:

Why did you decide to be part of this franchise?

Since I’ve become a wife and a mother, I thought it would be a great idea for the public to see how I’m rebranding myself. People know me as this sexy singer, but they don’t really know my personality and what I’m about outside of the entertainment industry. So when I got the opportunity to be one of the housewives, I thought it was a great way for me to connect with a new audience.

When you told your husband and your family that you were joining The Real Housewives of Durban, what was their reaction?

My husband is not a person that likes to be in the public eye; we are the total opposite. So he was a bit skeptical of course, but he was like, ‘Okay, I think this is a great opportunity for you.’.. I know that he’s a bit uncomfortable with being on camera, but he’s happy about it.

My mom is technically part of the show, so she was like, ‘By default I’m also a housewife…’.

How was your experience filming your first reality show?

Wow, it’s a lot of work. It’s tiring, but at the same time it’s fun. I used to be based in Joburg, so now that I’ve moved to Durban I don’t really have a lot of friends yet. So it was nice to have people who work hard and who are also able to have fun. I’m just enjoying having new friends, basically.

What took the most getting used to? Being on camera for long hours or putting your personal life out there?

Putting my personal life out there was the most challenging part for me. I had to bring my mom in and my husband. My child is going to be on TV as well and I haven’t even posted his face on social media. At first, I was like, ‘Do I really want to do this?’. But I was like, ‘Okay, for once, let me just tell my story’, you know, rather than letting other people do it.

What does Londie London bring to this new season?

I think I bring some sassiness and fashion looks, of course, and I’m just fun and I’m funny. I’m also one of those people that helps and enjoys creating a bond with other women.

Jojo [Robinson] and I are the new girls and with our personalities we’re very similar. We laugh a lot, so in a way we’re what brings the ladies together.

Did you have your stylist on set?

I do have people that are custom-making my outfits: Willet Designs Couture and Styles by Dumi. Those are the people that I’m working closely with in terms of creating the looks that I need for the show.

Who would you say you have learned the most from on the show and why?

Wow, that’s a tricky one. I think I’ve learned something from each one of the other housewives.

They’re all quite different, but I like LaConco because she’s more outspoken. Oh, gosh! She’s just comfortable with being herself. That’s one thing I love about her.

Sorisha, she’s just teaching me how to be a calm person.

And Annie is just herself: very outspoken and out there. She doesn’t take sh**t. She is my friend, so I’ve known that for a while.

Who was your favourite housewife on Season 1 and why?

I don’t know; it keeps changing with every episode. Annie has always been my fave ’cause she’s my girl and I can definitely say LaConco was one of my favourites, even though she came in a bit late.

So far, is there anyone you didn’t quite gel with?

Well, obviously when the show was starting and we were still shooting episodes 1 and 2, there were awkward moments here and there, but I wouldn’t say we didn’t gel. Nonku and I had a bit of a rough start, but we’re good now.

What will the viewers take away from watching this season?

I feel like with the old cast, the viewer is going to connect with them more and get to know them better. Most of them are returning for Season 2, so I feel like this season the viewers are going to see the ladies in a more comfortable state and they’re going to be more open, which is going to be nice to watch.

Do you think you would ever consider a full-time career in TV?

Definitely; why not? Presenting, acting, or reality shows, I’m that girl. Bring it on!

Do you have any advice for housewives who would like to join this franchise in future?

I would say you must be willing to make time, because, wow, it’s a lot of time. It’s a lot of work and I would also say just make sure you’ve got a 24-hour nanny because there will be some long nights when you’re away from your kids. But you can learn a lot from the other wives, and it’s fun. If you’re a person that likes to be out there, that loves meeting new people and trying new experiences, you’ll like this.

Catch Londie on the new season of The Real Housewives of Durban from next Friday, 28 January 2022, with new episodes following every Friday.

Re-watch Season 1 while you wait: https://www.showmax.com/eng/tvseries/rqt1s4ns-the-real-housewives-of-durban

Tags
Londie London
Thato Siyabonga19 January 2022
Back to top button
Close
We use cookies on our website to give you the most relevant experience by remembering your preferences and repeat visits. By clicking “Accept All”, you consent to the use of ALL the cookies. However, you may visit "Cookie Settings" to provide a controlled consent.
Cookie SettingsAccept All
Manage Privacy