Londie London has got a baby boy and she is proud to announce this to the world. In an Instagram post, the first-time mother, let the world know that her prince is finally here. She called him Uminathi Nkosi.

Not long ago, Mzansi songstress Londie London announced her engagement as well as her pregnancy. She had written a detailed note to the unborn child, letting him know she loves him deeply even before his birth.

She had also let it know that she was looking forward to the day she would hold him in her hands. Well, that day is here finally and Londie London is over the moon.

Her Instagram post announcing the birth of her song provoked a storm of congratulations from her fans as well as from fellow celebs. And the messages are still pouring in. 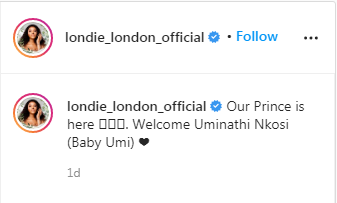 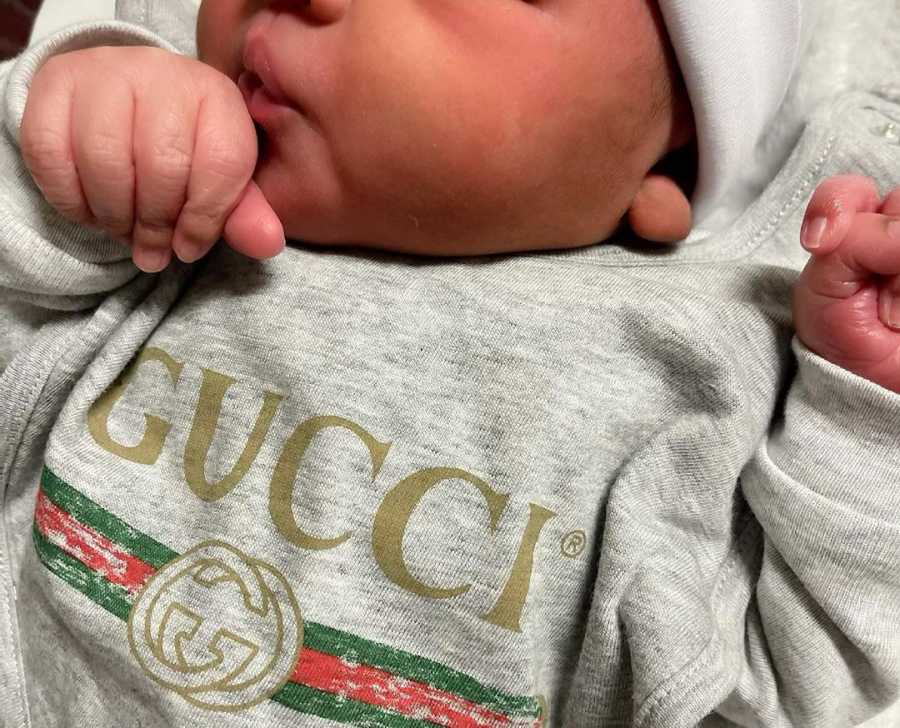 Her Instagram post also., somehow, introducs the child to the world of fashion. Baby Umi was sporting a short from noable brand Gucci.

Controversial for her music and for her syle, Londie London, who once stated she wanted a flat tummy whle pregnant, appears to have ditched her controversial garb for something mellow.

Could this be the result of motherhood or? Share your thoughts below.

Tags
Londie London
John Israel A Send an email 1 March 2021
Back to top button
Close
We use cookies on our website to give you the most relevant experience by remembering your preferences and repeat visits. By clicking “Accept All”, you consent to the use of ALL the cookies. However, you may visit "Cookie Settings" to provide a controlled consent.
Cookie SettingsAccept All
Manage Privacy