L’Tido reveals he would have been featured on AKA’s brand new joint “Monuments”.

As at yesterday and today, SA Hip-hop star, AKA has dominated social media, the airwaves and the charts with the release of his tripple joints. The feedback to it has been amazing with many praising his efforts to deliver and his music.

A fan pointed out that Mzansi rapper, L’Tido should have been featured on the song “Monuments” because his sound would have suited it. This prompted a reply from Tido who revealed AKA actually reached out to him for a feature on the song. As a result of the lockdown, he couldn’t make it to the studio.

That’s quite sad because it would have been fun to hear him on it. The track which features Yanga Chief, and Grandmaster Ready D debuted on the iTunes songs charts at number 2. Supa Mega shared the news via his IG account. 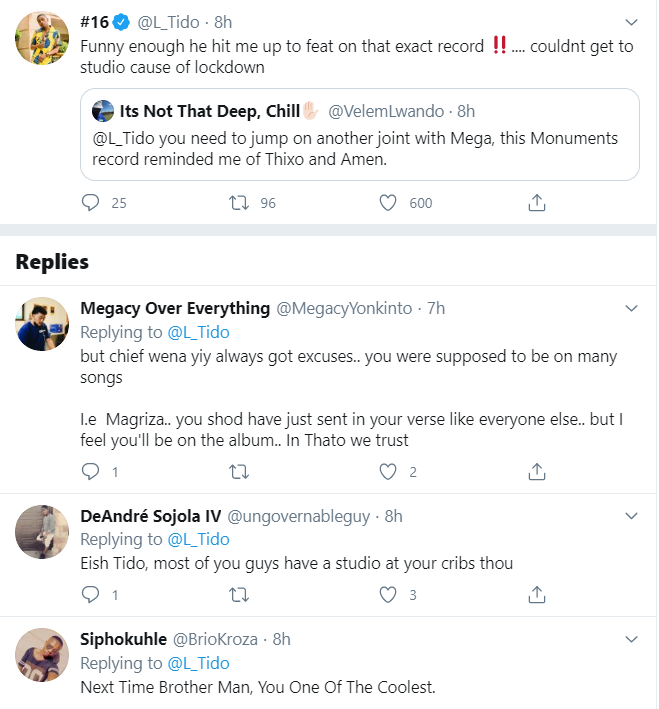