Mzansi producer, Lunatik is set to blaze his way through the airwaves with new music. We are so ready for this one, we are guessing you are too.

Anyone who knows his work, knows how much of a hit maker he is. He’s credited for his contributions to the careers of notable SA music stars including A-Reece, Moozlie, Kid X, Tshego and more. He has created countless hits for each of them, and for that, he’s gained quite a number of admirers in the industry and the country.

He’s now announced an upcoming single that we know is going to massive. He calls this one “Uzolalaphi”. The song features contributions from Kraizie, Kid X, SakxNdash, and Siya Shezi. Although he hasn’t shared a release date for the song, we are guessing it’s dropping soon. You might want to anticipate that. 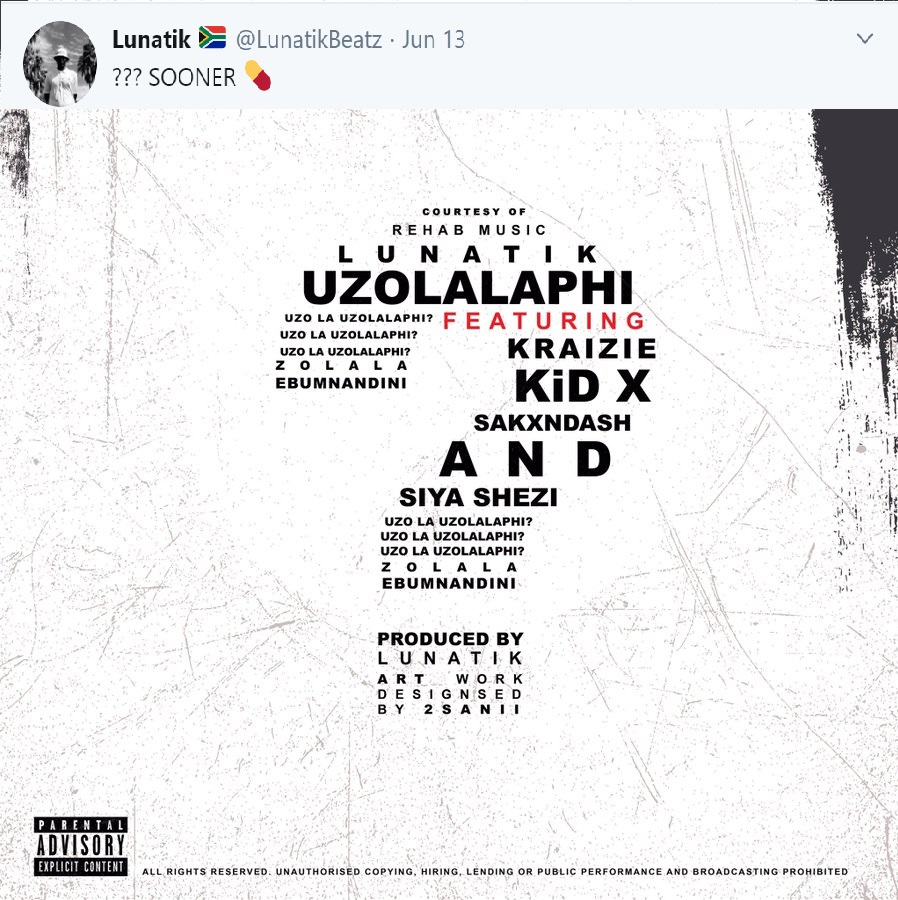 Tags
Kid X Kraizie Lunatik SakxNdash Siya Shezi
John Jabulani18 June 2020
Back to top button
Close
We use cookies on our website to give you the most relevant experience by remembering your preferences and repeat visits. By clicking “Accept All”, you consent to the use of ALL the cookies. However, you may visit "Cookie Settings" to provide a controlled consent.
Cookie SettingsAccept All
Manage Privacy