Imagine finally getting to live your dream at the age of 60. That may seem far but all that matters is that you finally got to do that. This is Dideka Beja, Lusanda Beja’s mother’s story right now.

The 60 year old woman got so much love on social media months back while the nationwide lockdown was still intense for her worship leading skills. She touched a lot of hearts while singing on her son’s page. It was so good that her son decided to make it a full thing by helping her record her debut album.

The album titled “Thembekile” is set to be released later. In a recent post made on Instagram, Lusanda has announced the coming release of a song off the album. It is titled “iNceba”, and will be released soon. We just can’t wait. 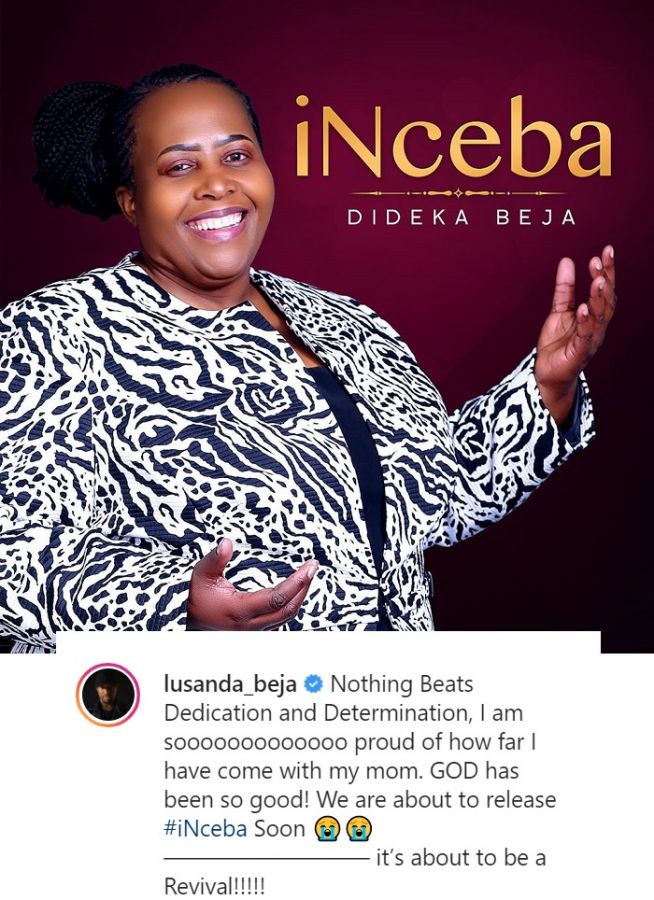 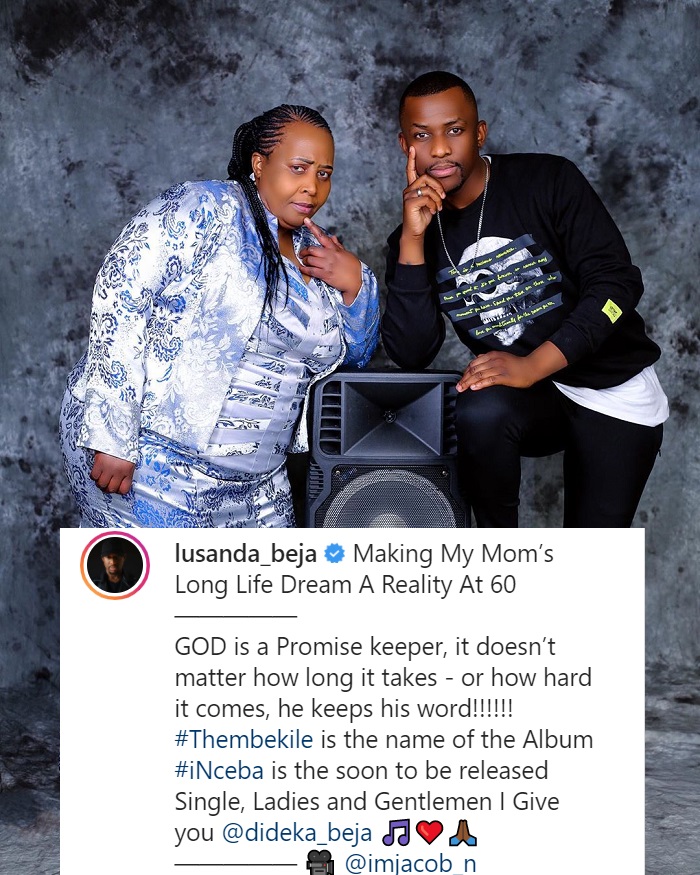