American rapper Machine Gun Kelly gunned his way through the billboard charts and emerged No. 1 on the Hot 200 with his ”Mainstream Sellout” project.

In a tweet soon after making the top spot, the songster had acknowledged his album’s triumph, noting it wasn’t easy, but he made it anyway. 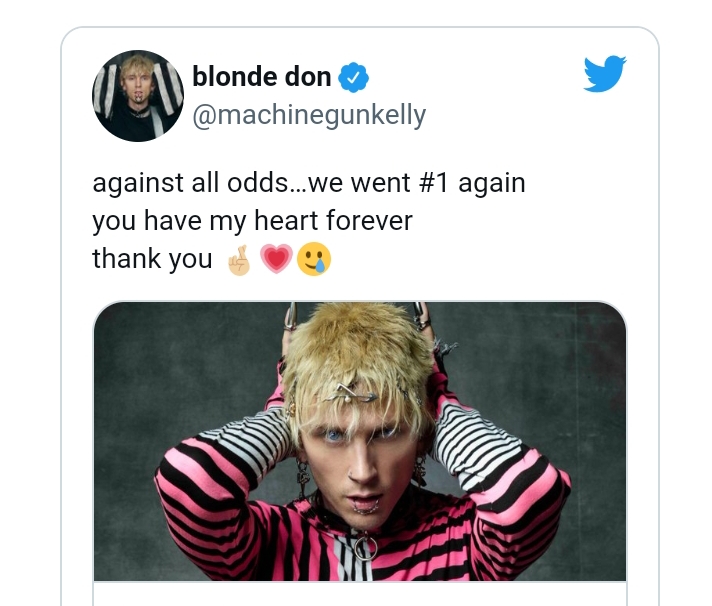 This isn’t the first time the youngster had popped at the top of the Hot 200 chart, however. As early as 2020, with his “Tickets to my Downfall” album, he’d made his debut on the chart.

Known as much for his music as for his controversies, Machine Gun Kelly takes singular delight in putting himself out there. If he isn’t spewing some controversial shi, he’s doing something with his longtime girlfriend Megan Fox and getting the soft sell mags talking about him.

“Mainstream Sellout” cannot be more deserving of its title given how well it’s doing currently.

The songster didn’t attend the Grammys this year because “Tickets to My Downfall” didn’t receive any nominations, although it was eligible in the rock categories. He had tweeted about that, using the WTF phrase in a question to the award body. 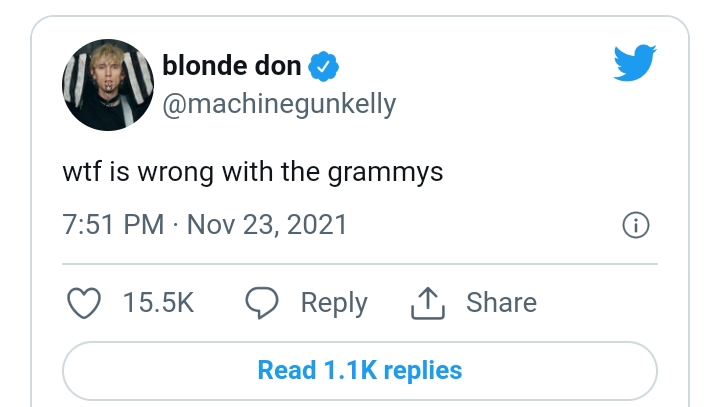 Tags
Machine gun Machine Gun Kelly USA
John Israel A Send an email 4 April 2022
Back to top button
Close
We use cookies on our website to give you the most relevant experience by remembering your preferences and repeat visits. By clicking “Accept All”, you consent to the use of ALL the cookies. However, you may visit "Cookie Settings" to provide a controlled consent.
Cookie SettingsAccept All
Manage Privacy