SA Hip Hop star Maglera Doe Boy has reacted to be being snubbed in the SAHHAs “Lyricist of the Year” category.

The recent announcement of the nominees for the forthcoming South African Hip Hop Awards 2021 (SAHHAs)  has got everyone talking. While a lot of rappers have voiced their annoyance at not being nominated, others have let their fans do the talking.

Taking to Twitter, popular emcee, Maglera Doe Boy opened up about being snubbed in the “Lyricist of the Year” category. In his opinion, the popular category would have been fitting for him. This comes after the Mzansi emcee has received praise from the fans for his amazing lyricism.

Just yesterday, SA Hip Hop star, Sjava took to his Twitter page to hail him for his talent. Maglera Doe Boy also recently dropped a new album “Two Player (The Digital Score)” which has since received praise from the fans. 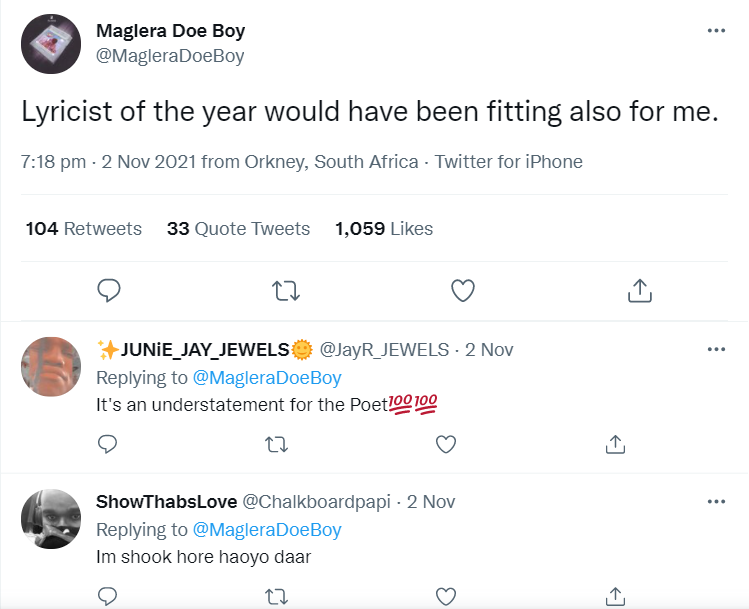 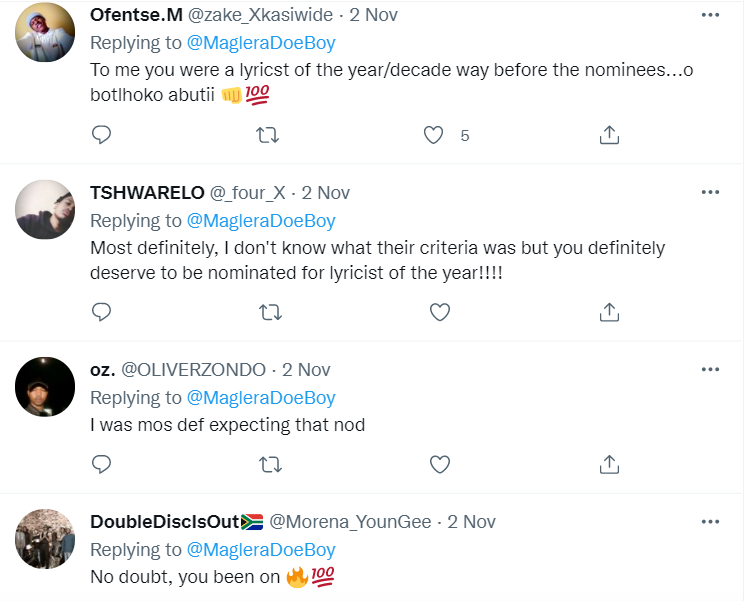 Tags
Maglera Doe Boy SAHHA
John Jabulani Send an email 4 November 2021
Back to top button
Close
We use cookies on our website to give you the most relevant experience by remembering your preferences and repeat visits. By clicking “Accept All”, you consent to the use of ALL the cookies. However, you may visit "Cookie Settings" to provide a controlled consent.
Cookie SettingsAccept All
Manage Privacy