The controversy continues over A-Reece Declaiming himself the best rapper in Africa. The songster had taken to Twitter a day ago and announced himself the numero uno.

When he announced that, his core fans more than supported him, giving the post over 30k likes in no time.

Of course, his critics were also in his mentions, letting him know that he’s the best rapper only in his dreams. Some said he’s only the best among his junkie friends.

One of the notable voices that had laughed at his claim was Big Xhosa. He said A-Reece couldn’t possibly be the best while he, Big Xhosa, is alive.

Now the South African band Major League has joined the fray. And so has Kiernan “AKA” Forbes.

A fan had asked the “Fela in Versace” rapper about his take on A-Reece’s claim. But AKA wouldn’t be bothered. He instead noted that his daughter’s school fees were due tomorrow. 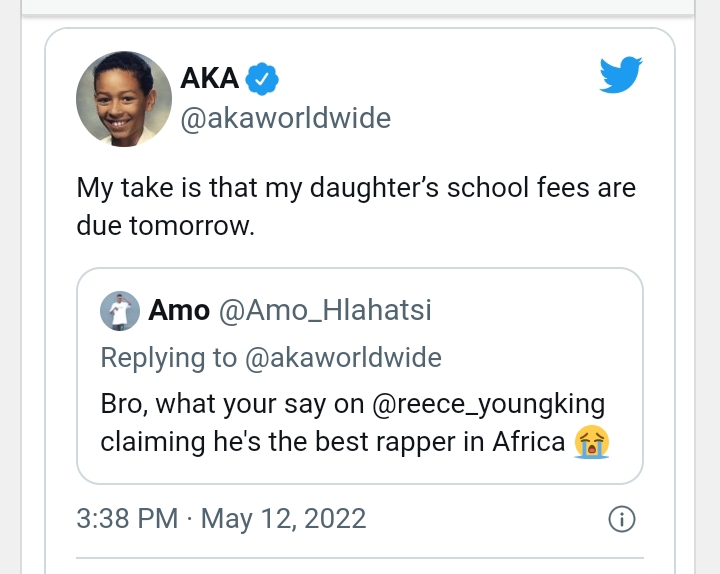 Where he appeared to be dodging the question, Major League DJz had a straight answer. In response to A-Reece, they pointed out that Reece Madlisa is the best rapper in Africa. 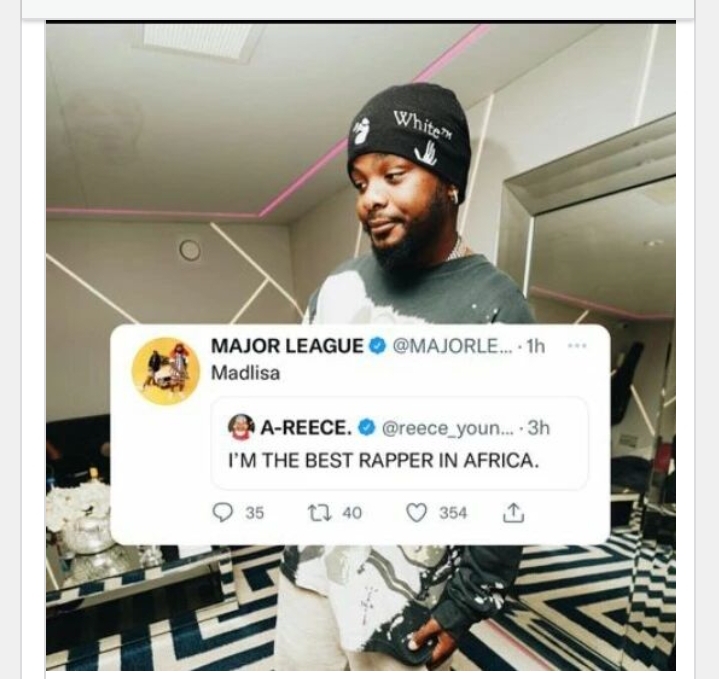 One person fans are eagerly anticipating a response from, though, is Nasty C, the closest rival to A-Reece. However, the Zulu Man appears to be minding his business

Tags
A-Reece AKA Major League DJz
John Israel A Send an email 13 May 2022
Back to top button
Close
We use cookies on our website to give you the most relevant experience by remembering your preferences and repeat visits. By clicking “Accept All”, you consent to the use of ALL the cookies. However, you may visit "Cookie Settings" to provide a controlled consent.
Cookie SettingsAccept All
Manage Privacy