Amapiano collective Major League DJz has signed a new global record label deal, and they couldn’t be happier for the progress.

In a post to social media soon after, the group, which is made up of the twin brothers Bandile and Banele Mbere, noted that they have signed a recording deal with Atlantic Records.

They thanked their fans for having stood behind them when they started and sticking it out with them as they develop their craft and take South Africa’s amapiano message to the world.

Their team was covered in their appreciation note as well. Interestingly, the Mbere brothers revealed that their cousin Riky Rick was involved in the negotiations before it became a reality. Sadly Riky Rick took his own life on February 23 in his studio after a protracted battle with depression. 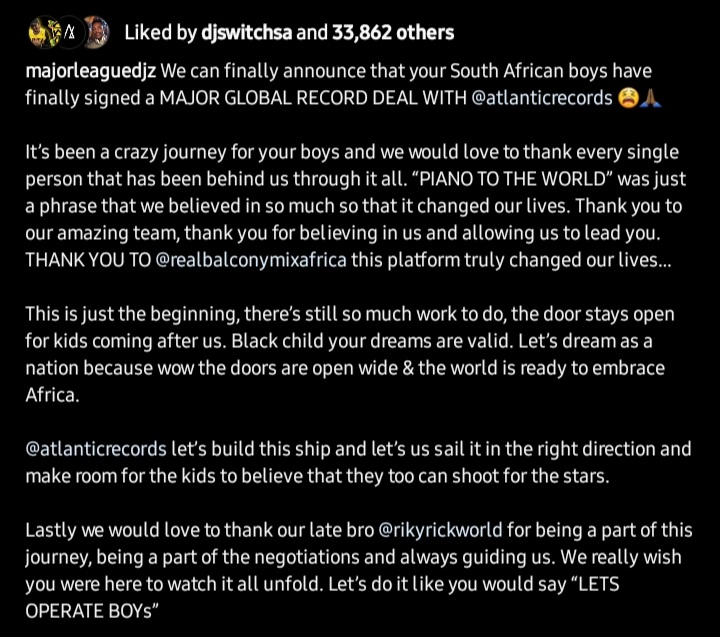 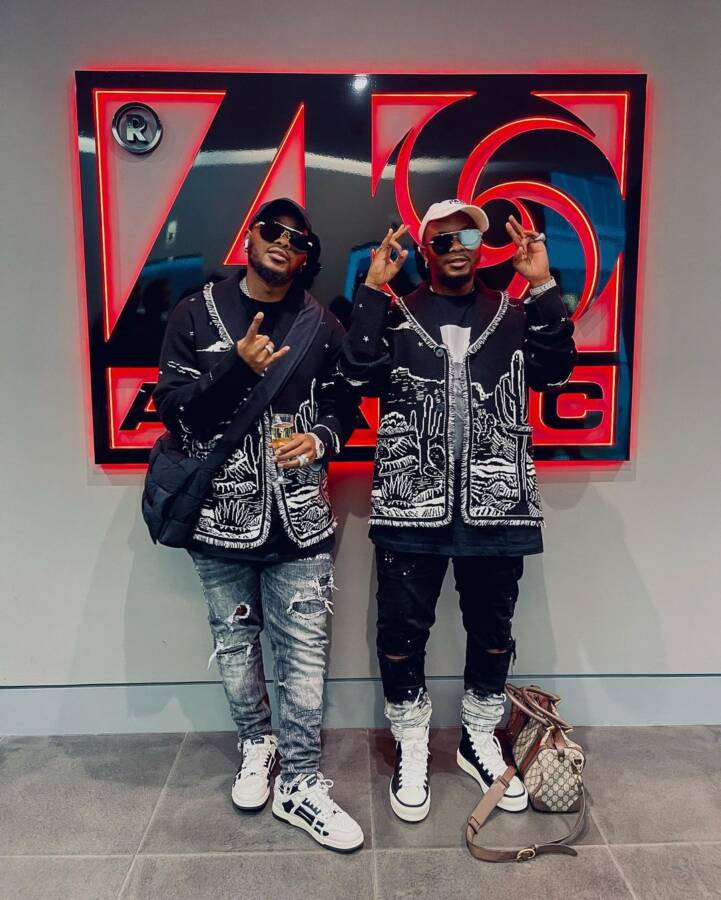 Fans were more than happy to celebrate Major League DJz, which became the first South African band to launch an NFT.

By the way, Major League started as a hip-hop band. Along the line, the brothers had delved into amapiano. Their earliest releases were criticized as imitations of the works of Kabza De Small. But no one is saying that anymore.

Talk of growth over time.

Tags
Atlantic Records Major League DJz
John Israel A16 March 2022
Back to top button
Close
We use cookies on our website to give you the most relevant experience by remembering your preferences and repeat visits. By clicking “Accept All”, you consent to the use of ALL the cookies. However, you may visit "Cookie Settings" to provide a controlled consent.
Cookie SettingsAccept All
Manage Privacy