Exactly 3 hours ago today 29 July 2020, Major League, the South African band of twin brothers Bandile and Banele, announced it will be dropping a new album on 31 July 2020.

Is the choice of the date merely coincidental? One recalls several other South African artistes have announced the same date for the release of their album.

At any rate, it appears, based on the post shared by the group, that Major League isn’t done with the album yet: The group indicated fans should list the musicians they want to see on the imminent album, which goes by the title “Pianochella.” 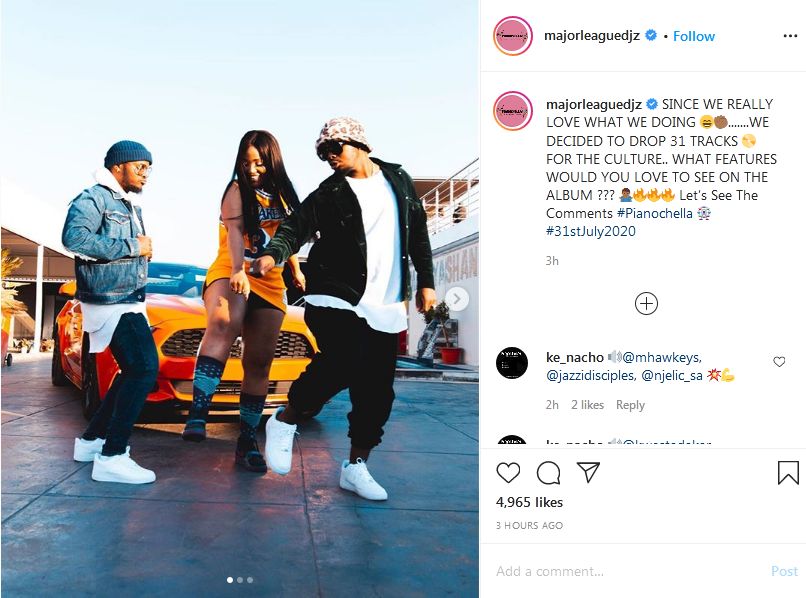 From this title, it appears Major League is keen to consolidate their amapiano legacy, seen in their soaraway amapiano balcony mix series, a staple for music lovers across Mzansi.

Having displayed marked dexterity in previous releases, one can’t expect the group to pop a watery version of themselves in their imminent project. At any rate, we are watching, ready to bring you the finished work, which will have a whooping 31 tracks.

You may want to stay in the loop by subscribing to our newsfeed. It takes less than a minute.  Friday doesn’t appear far away at all. Keep your eyes, peeled, people.