Boity Thulo has been called out on the Twitter platform for not prioritizing issues that affect South Africa more.
The attack came as a result of the rapper’s recent “Black Lives matters” movement she is pushing on the platform, due to the recent senseless murder of the African American, George Floyd by the police in the United state.
The issue of George’s murder has raised a lot of eyebrows and has even escalated into various protests in the United States. Boity Thulo also feeling concerned about the issue took to her social media pages on Thursday the 28th of May 2020 to voice her displeasure.
Boity Thulo shared an artwork for “Black Lives Matters” on her Twitter page to show her concern. While some Twitter users commended her, some took to the platform to criticize her for not supporting her country on similar matters and started the hashtag #PutSouthAfricanFirst
See her post below; 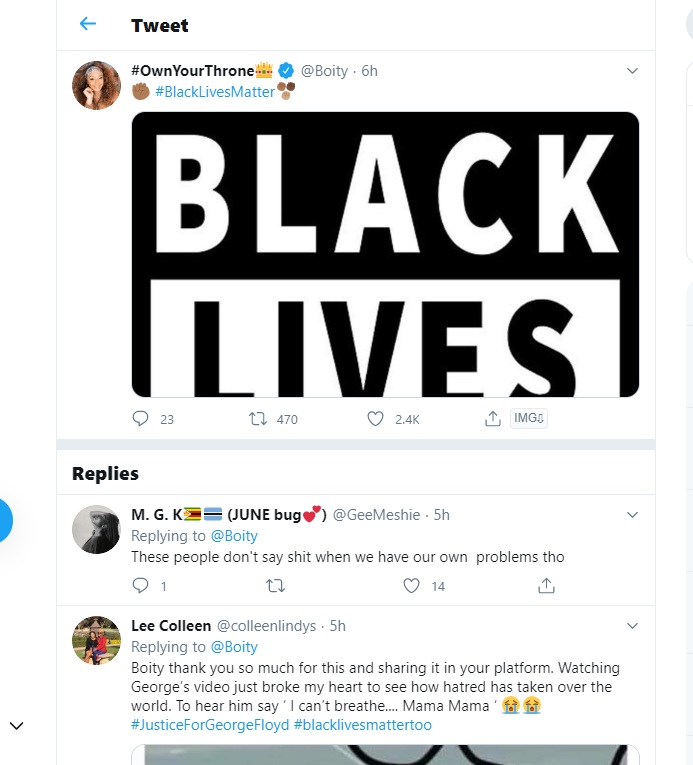 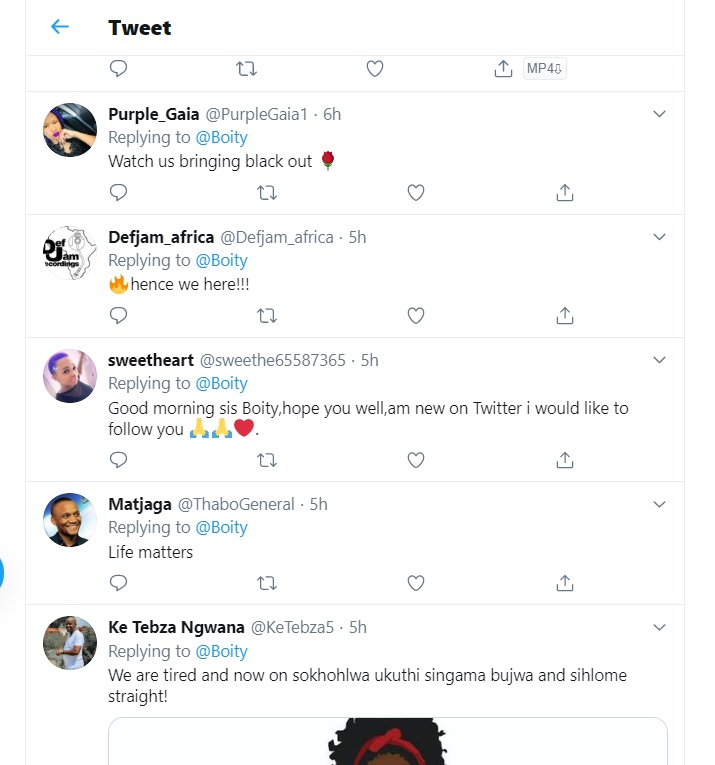 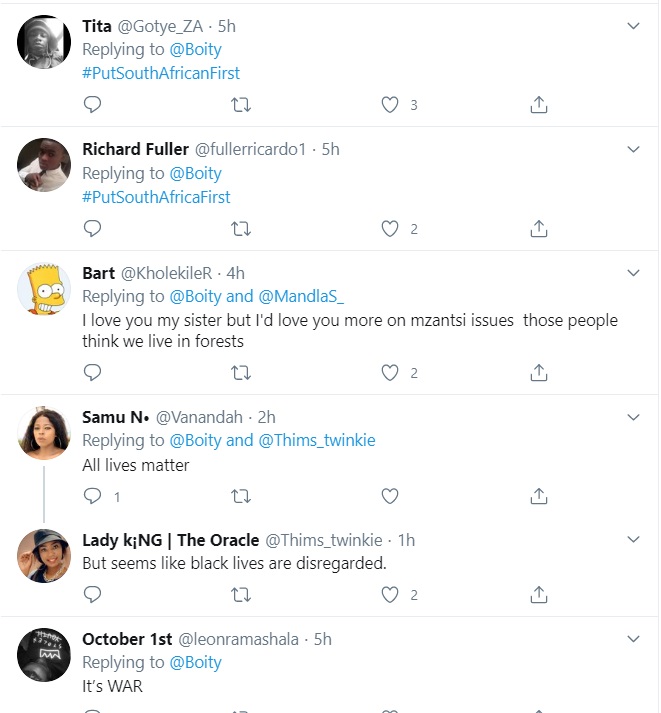