For everyone waiting on the new album from Mzansi singer and performer, Makhadzi, it might take a while because she’s arranging the songs. The Mzansi star recently took to social media to announce a new collab with Team Mosha.

She revealed that her upcoming album features a song with the hit maker, saying she can’t wait to drop it. You might want to anticipate that. The “Riya Venda” hit maker previously announced that she had created a number of songs for the album and asked fans for their opinion on who to feature on them.

Now, it’s obvious that she made that decision all by herself. The Mzansi star broke a lot of hearts when she announced a new collaboration with former Big Nuz member, Mampintsha. Her fans were not impressed that she featured him, and stated that they would love it more if he wasn’t on it. 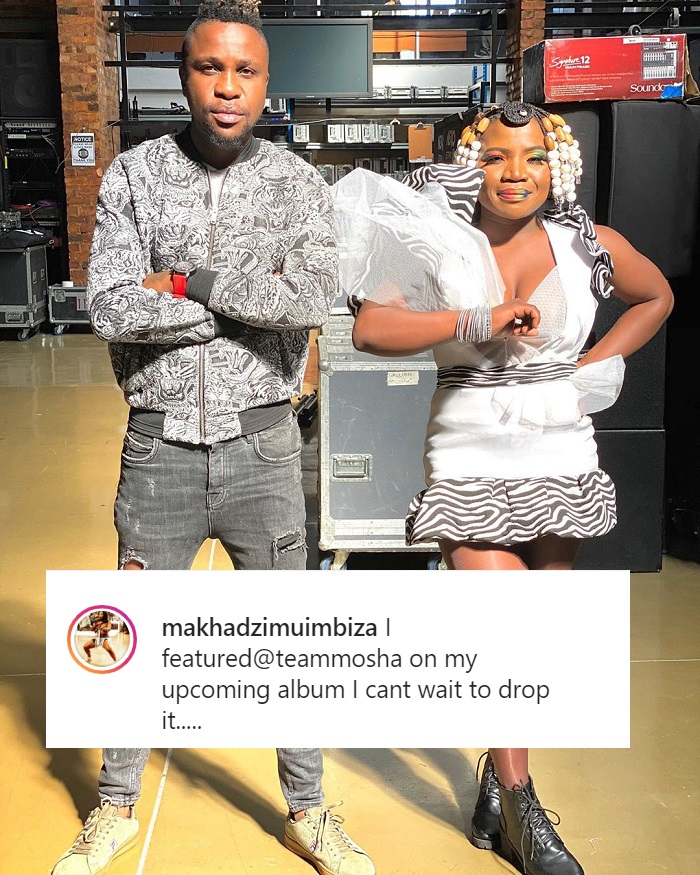