ActionSA has terminated the membership of Makhosi Khoza following a recommendation by the party’s ethics and disciplinary committee.

Khoza took over from an ANC councillor as chairperson of the Municipal Public Accounts Committee (MPAC) in December 2021. She was said to have been unanimously elected into that position.

Soon after her election, however, complaints started to erupt from within. Some ActionSA members claimed that she was colluding with the ruling ANC and engaging in other activities that were detrimental to the party.

The part had launched a disciplinary inquiry into her conduct soon after. In a statement released today, March 22, 2022, ActionSA noted that the party’s senate decided to terminate Khoza’s membership.

The party noted that Khoza had consistently abused the party, ignoring the damage her utterances could cause to the party. In addition, according to the statement, there was evidence that Khoza was in communication with dismissed party members who had threatened to destabilize ActionSA in the past. You can check out the statement below. 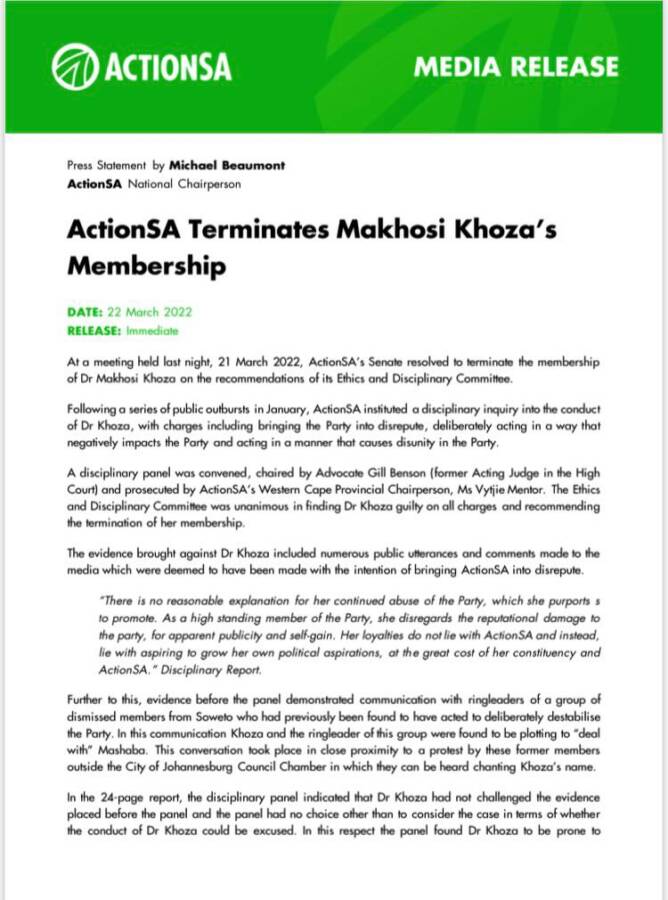 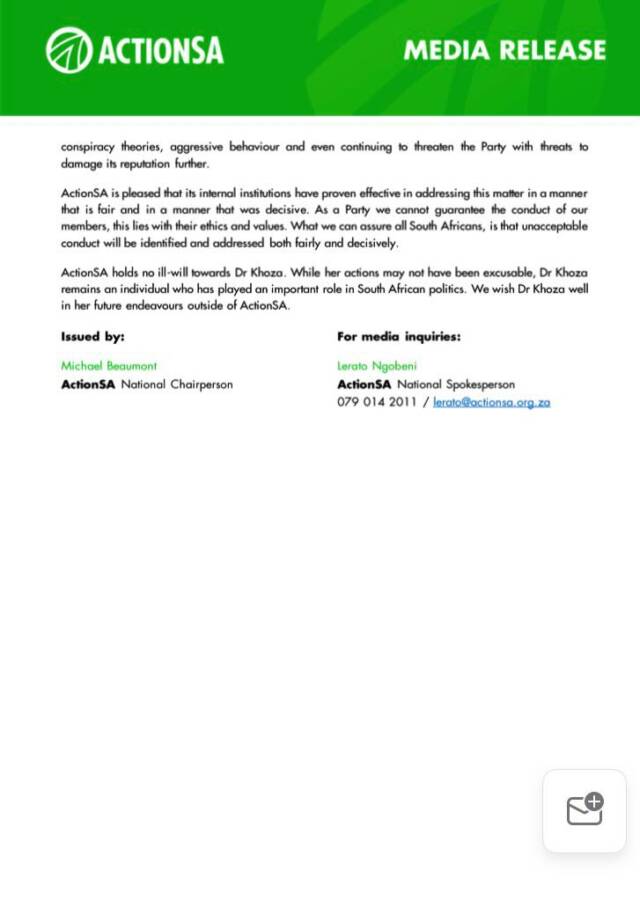 According to some social media users, Julius Malema has predicted what’s just happened and that Khoza was not a faithful in the ActionSA fold but a viper waiting to strike.

It will be interesting to see what step Khoza will take after her sack.

Tags
Makhosi Khoza
John Israel A Send an email 22 March 2022
Back to top button
Close
We use cookies on our website to give you the most relevant experience by remembering your preferences and repeat visits. By clicking “Accept All”, you consent to the use of ALL the cookies. However, you may visit "Cookie Settings" to provide a controlled consent.
Cookie SettingsAccept All
Manage Privacy