Malome Vector of Ambitiouz entertainment is set to release a new album titled “Karabo.” To give fans ideas of what to expect, he’d shared the cover art as well as the tracklist for the project.

In a recent post to Instagram, the songster had informed fans that the album will be released next year – January 7, 2022.

The imminent project will bear 18 tracks in all, beginning with “Dikeledi” and ending with “Nthoe Kee Phelang.” Among the musicians co-opted on the project are Wave Ryder, Ntate Stunna, Blaq Diamond, Intaba Yase Dubai, and Ubuntu Band.

Since the announcement of the imminent project, a wave of excitement has gripped Malome Vector’s fans and the Ambitiouz Entertainment stans. Some fans just can’t wait till January to experience what the songster has put together. 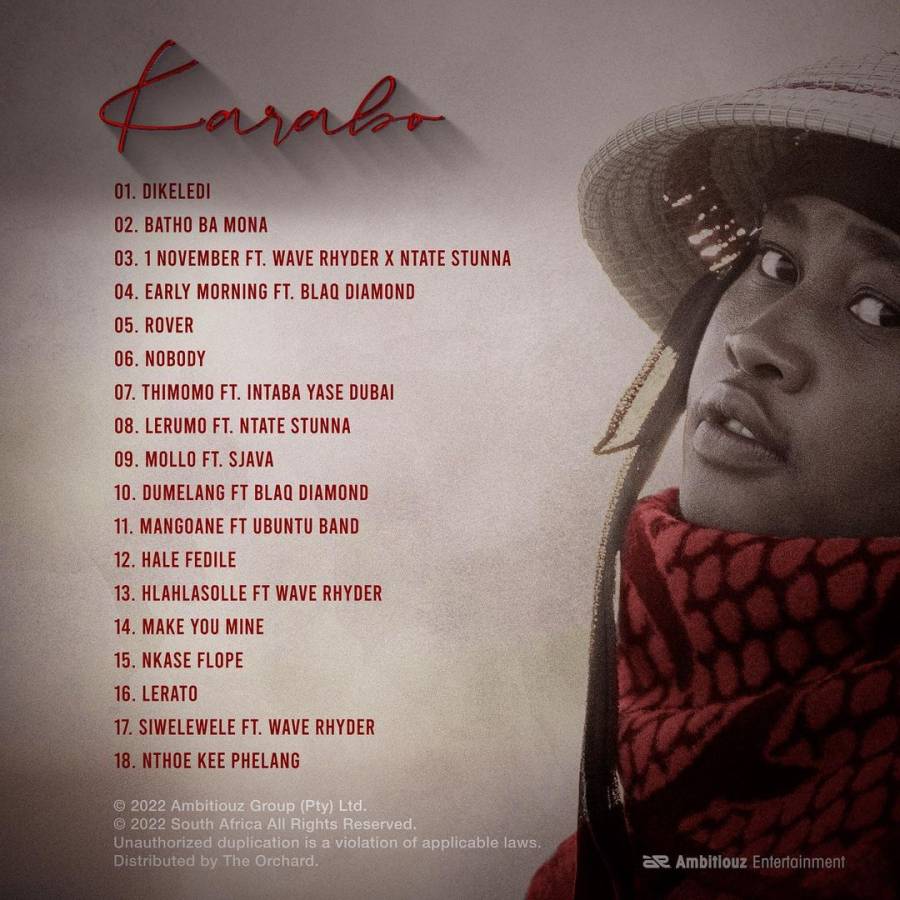 Since his signing to Ambitiouz Entertainment, Malome Vector has been displaying great creative energy, and it’s doubtful he’d lose his appeal in the middle of “Karabo.”

Anyway, as the leading South African music and entertainment blog, you can count on us to share the album with you on release. In order not to miss it, you might want to subscribe to our newsfeed, follow our social media channels, and stay tuned for updates.

Tags
Malome Vector
John Israel A Send an email 22 December 2021
Back to top button
Close
We use cookies on our website to give you the most relevant experience by remembering your preferences and repeat visits. By clicking “Accept All”, you consent to the use of ALL the cookies. However, you may visit "Cookie Settings" to provide a controlled consent.
Cookie SettingsAccept All
Manage Privacy