Theirs is one of the most talked about love stories in Mzansi. They are always in the news – most times for all the wrong reasons. But it appears there’s no stopping the love affair between gqom queen Babes Wodumo and her boyfriend of many years, Mandla Mampintsha.

At some point, a Facebook live video surfaced online showing the one-time Big Nuz member raising his hand on her. The video had gone viral and many had stated back then that their relationship was over. Babes Wodumo even said same thing.

So you can imagine the shock among Babes Wodumo’s fans when she popped on the music video of Mampintsha’s “Khona Iyngane Lay’Ndlini” alongside Afrotainment boss DJ Tira and gqom group CampMasters.

Well, Mampintsha has not ceased gushing over her, nor has Babes Wodumo stopped being receptive to his ardour. In fact, just two days ago, Mampintsha posted a picture of Babes Wodumo on Instagram and captioned it “My Wife,” followed by a couple of love emojis. 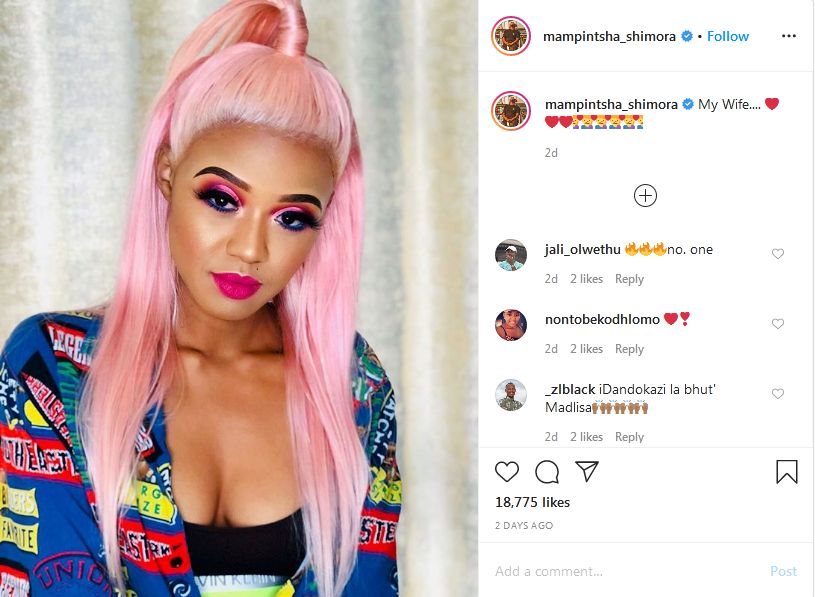 This should surprise no one, though, for many months back Mampintsha had shared an image of a diamond ring on Instagram and tagged Babes Wodumo to it, asking if she would marry him. She had said yes without hesitation.

So it might be that in their hearts – you may say in their little orbit – they are already married, although nothing has been formalized at this point.

Well, what do you think of Mampintsha calling Babes Wodumo his wife although they are not legally married at this point? You may want to join the conversation by dropping your thoughts in the comment section below.