Before their official announcement, the person who was believed to be Hauwei’s brand ambassador was Mlindo The Vocalist. However, we later found out that the mystery person was none other than the ‘Strings & Bling’ rapper, Nasty C.

Huawei, one of the most popular mobile and technology companies, recently teased their newest South African ambassador. This happened before the virtual concert on the 29th of May, 2020.

There was a mystery figure at the centre of the post and this figure looked like it had dreaded hair. This caused many people to assume that the person was Mlindo The Vocalist.

After being asked to guess the identity of the mysterious figure, many Twitter users were quick to assume that the person was Mlindo The Vocalist. This caused the artist’s name to trend on Twitter.

However, to the surprise of many people, the mystery figure has been revealed to be none other than the multi-award-winning rapper, Nasty C.

Check out the posts: 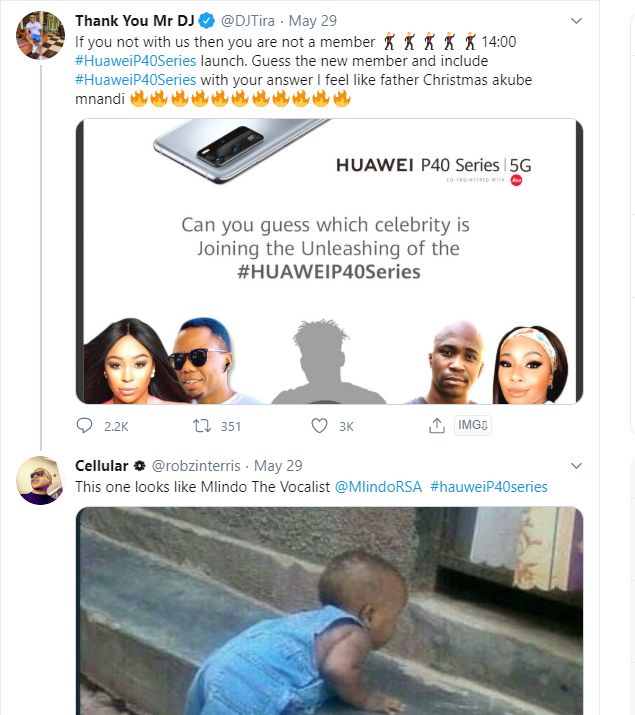 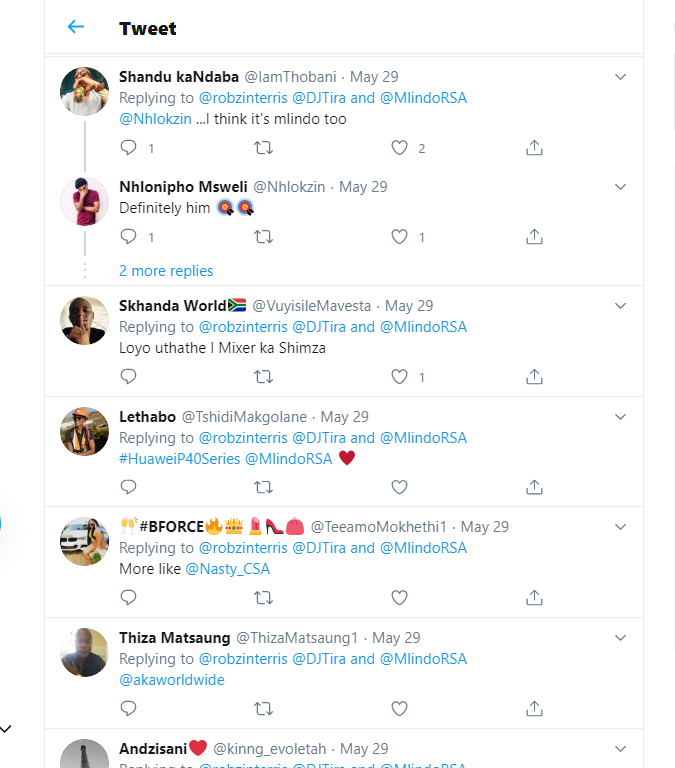 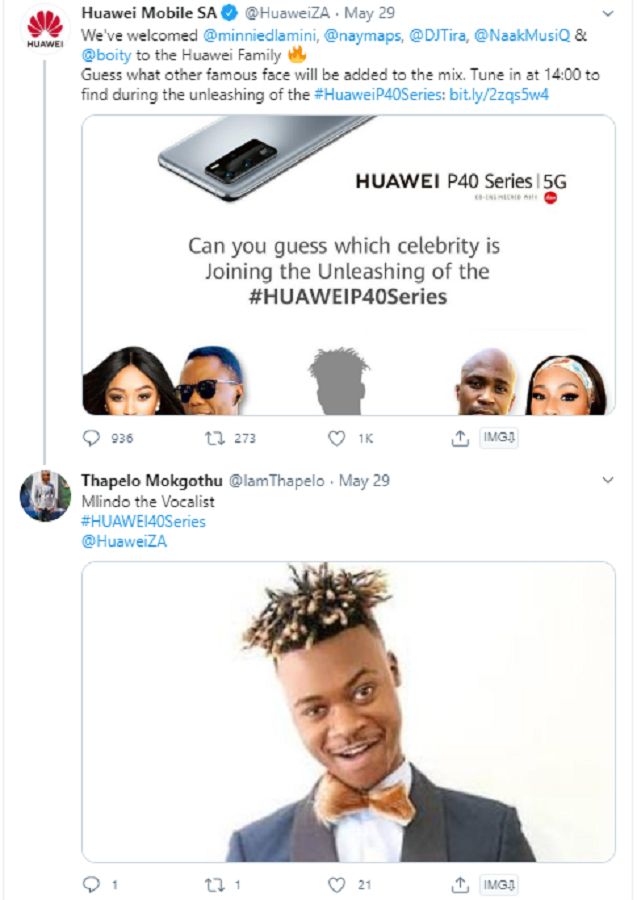 In other news, Nasty C recently promised to maintain his originality despite being with the American record label, Def Jam Records. The young rapper has assured his fans that he will always stay true to his roots even though he has become a member of the popular American record label.

In early March, the talented rapper had announced his new deal with Def Jam Records. The news came as a big one to all lovers of hip hop as one of their favourite stars is going global.

Tags
Mlindo The Vocalist Nasty C
Annika Melisizwe Send an email 30 May 2020
Back to top button
Close
We use cookies on our website to give you the most relevant experience by remembering your preferences and repeat visits. By clicking “Accept All”, you consent to the use of ALL the cookies. However, you may visit "Cookie Settings" to provide a controlled consent.
Cookie SettingsAccept All
Manage Privacy