The entrepreneur and Buns Out boss was in Dubai, where he came across an article in a newspaper that indicated he’s in a relationship with the American.

Instead of denying he’s in a relationship with Kim, Maps rather shared the article on his Instagram page, stating he just can’t keep anything private anymore and his secret has been exposed. He dropped a laughing emoji for effect. You can check out his post below. 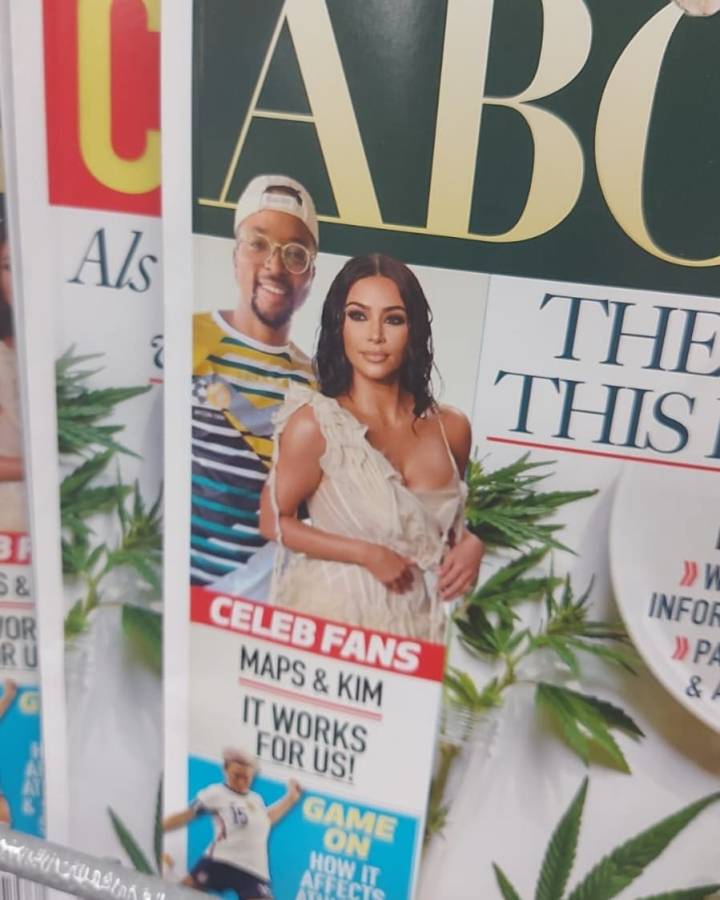 Kim Kardashian is currently undergoing a divorce from her estranged husband Kanye West. And while it is true that Ye is seeing someone else and Kim might be doing the same, zero facts point in the direction of Maps as the man in the picture.

Fans who were pushing that narrative had shared clips that they claimed showed both of them were in one of Maps’ farms and that they were together in Rwanda at some point.

Tags
Kim Kardashian Maps Maponyane
John Israel A23 November 2021
Back to top button
7
Close
We use cookies on our website to give you the most relevant experience by remembering your preferences and repeat visits. By clicking “Accept All”, you consent to the use of ALL the cookies. However, you may visit "Cookie Settings" to provide a controlled consent.
Cookie SettingsAccept All
Manage Privacy