It’s Christmas already, and for American singer Mariah Carey, there’s a double reason for certain. Her song “All I Want For Christmas Is You” has surpassed 1 billion views on Spotify just in time for Christmas.

Sony Music, the record label to which she’s signed, shared the milestone in a recent post to Instagram. Fans thronged the comment section to celebrate the iconic singer and wish her more wins in the future.

In a post to her verified Instagram page, Mariah Carey had shared a picture of her holding her Spotify play that indicated her streaming milestone on the platform.

In the caption to her post, she had thanked Spotify, as well as everyone who streamed the song and made it reach the 1 billion milestones. She’s deeply grateful, for the milestone added more luster to the festive season.

Her post has been liked more than 251k times, with most of her fans celebrating the win. As far as most of them were concerned, she deserves the plaque and more. 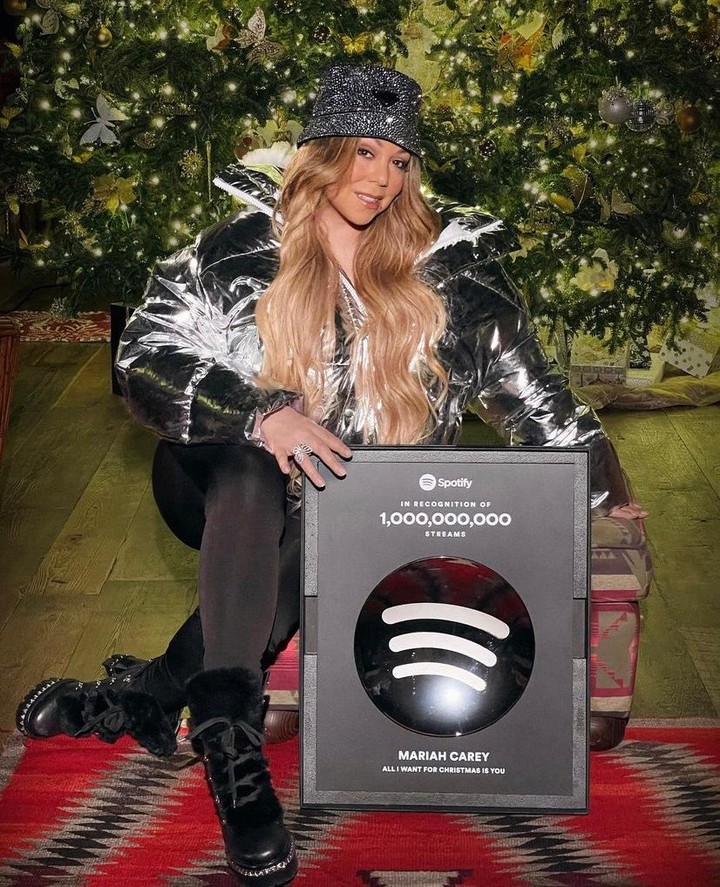 Mariah Carey, 52, is one of the key voices in American pop. She’s released several hits at the height of career, including “Fantasy,” “Always Be My Baby,” and of course “All I Want For Christmas Is You.” the billion-stream track was released in 1994.

Tags
Mariah Carey USA
John Israel A Send an email 23 December 2021
Back to top button
Close
We use cookies on our website to give you the most relevant experience by remembering your preferences and repeat visits. By clicking “Accept All”, you consent to the use of ALL the cookies. However, you may visit "Cookie Settings" to provide a controlled consent.
Cookie SettingsAccept All
Manage Privacy