The hit song Jerusalema has attracted much controversy which is not a surprise for a song of such magnitude. The song is the biggest song ever released in South Africa in terms of streaming and international achievements.

According to entertainment reporter Phil Mphela, a new letter of demand over copyright claim has purportedly been sent to Master KG’s camp, by another music producer, Charmza The DJ’s lawyers. 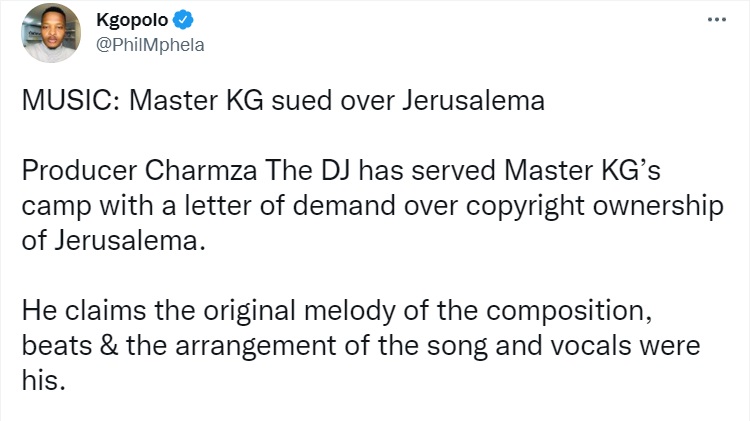 Charmza The DJ has sent Master KG’s camp with a letter of demand over copyright ownership of “Jerusalema”. He claims the original melody of the song, beats and the arrangement of the song and vocals belongs to him.

The letter served to Master KG alleges that Charmza The DJ was invited by Master KG in August of 2019, to team up with him and Zikode in a studio, in Midrand.

It’s when the song was recorded that Charmza’s legal representative, Adams & Adams insist that Charmza The DJ “originated, authored, composed and produced the actual musical composition” that was later released as Jerusalema.

The letter of demand cites the Copyright Act in their claim, that their client has legal rights to obtain relief in form of, among other things, damages. See the full letter below: 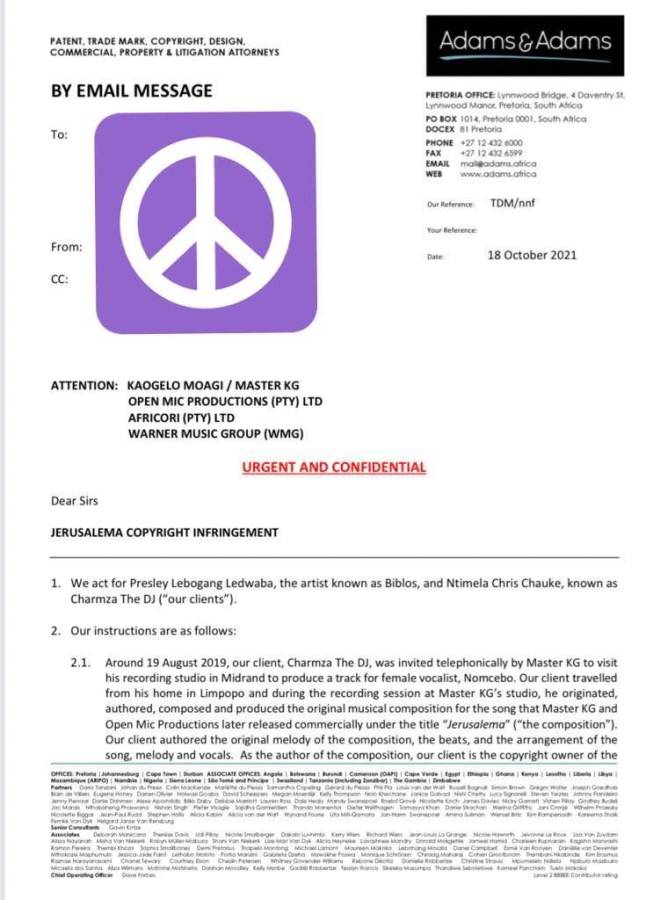 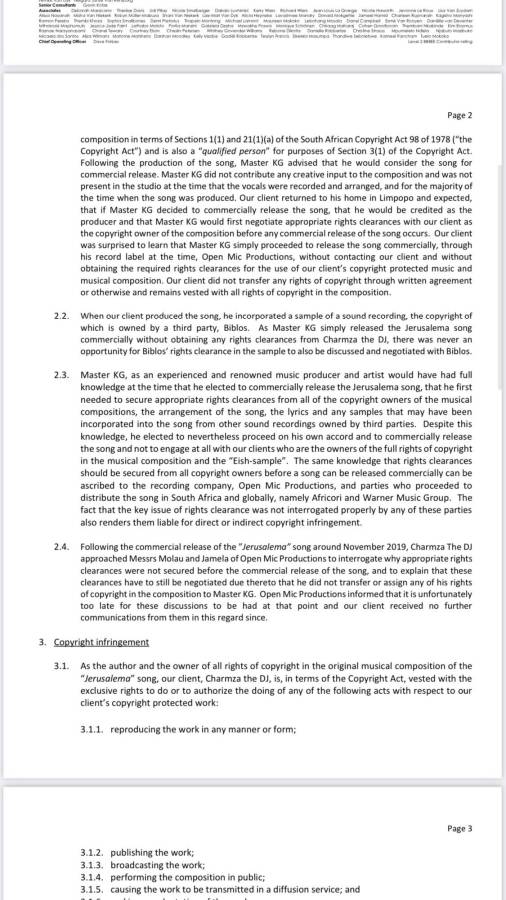 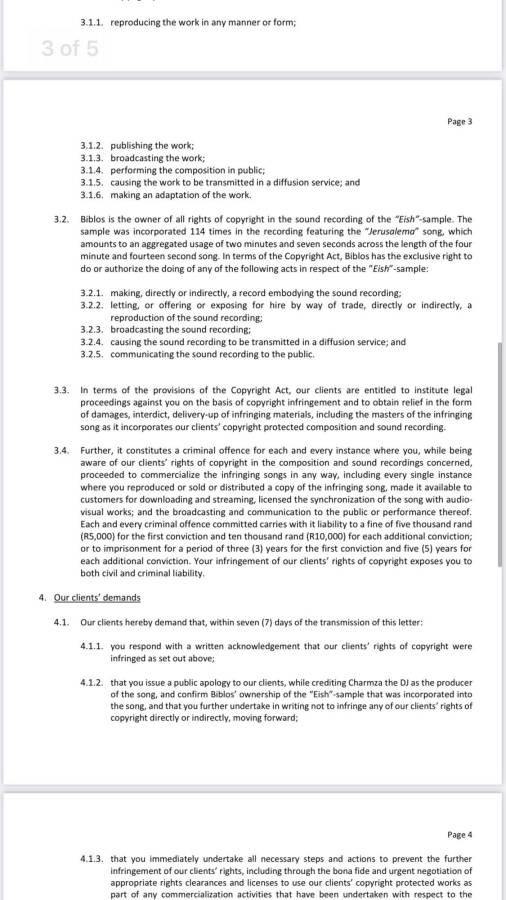 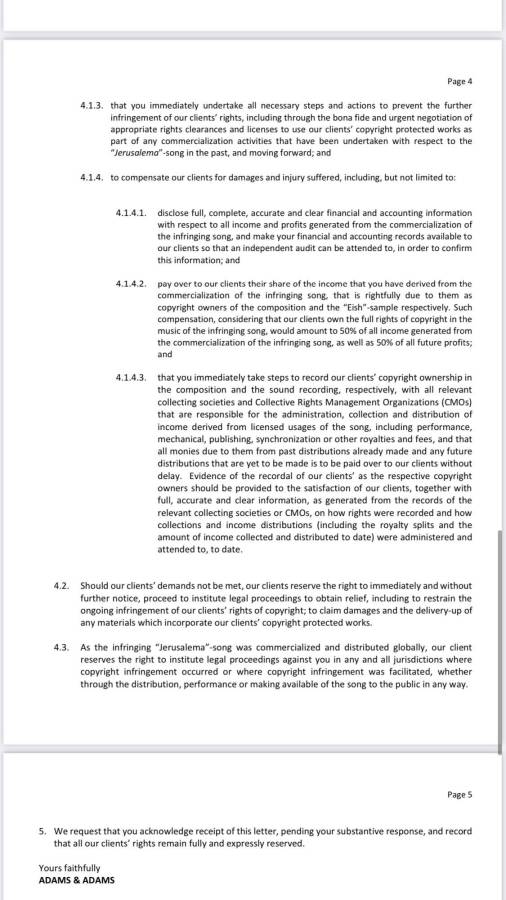 Tags
Master KG
James Lethabo Send an email 18 November 2021
Back to top button
Close
We use cookies on our website to give you the most relevant experience by remembering your preferences and repeat visits. By clicking “Accept All”, you consent to the use of ALL the cookies. However, you may visit "Cookie Settings" to provide a controlled consent.
Cookie SettingsAccept All
Manage Privacy