The year is winding down, and artistes and music buffs are releasing their playlists for the year. The latest to release his playlist is the America rapper Jay-Z. the songster’s list features 40 songs in all, including “Jerusalema (Remix),” Master KG’s collaborative song with Burna Boy and Nomcebo Zikode.

Master KG’s song is No. 16 On Jay-Z’s list, just below “Onyeka Baby” from Burna Boy’s “Twice As Tall” album, and just above Jazmine Sullivan’s “Lost One.”

The news of Master KG”s song making it to Jay-Z’s playlist for 2020 has been greeted with massive excitement, not only from the songster but from his fans as well. Master KG shared the list with his Twitter followers, describing Jay-Z’s choice of his song as amazing. 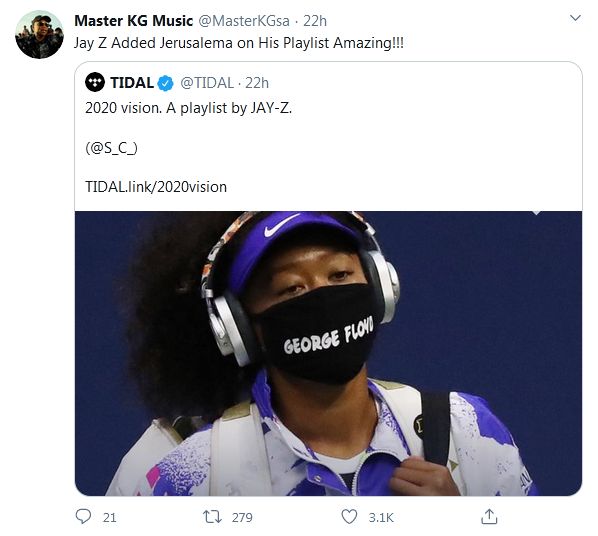 Fans have been showering him their congratulations since. However, one particular fan thinks Master KG shouldn’t be too excited as he is a celeb much like Jay-Z.

2o20 has been a great year for Master KG. He has bagged several awards, and the plaques are still. He had won awards in four categories at this year’s AFRIMMA and been crowned style icon at the South Africa Style Awards.

Who can tell what will follow? Well, we’re watching. Stay tuned for updates.