Master KG’s “Jerusalema” song has just made it to the No. 1 spot in the United King charts for the first time ever.

This career milestone is so exciting master KG is unable to keep calm. He excitedly shared the news with his Twitter followers, letting them know what he has achieved with the song. 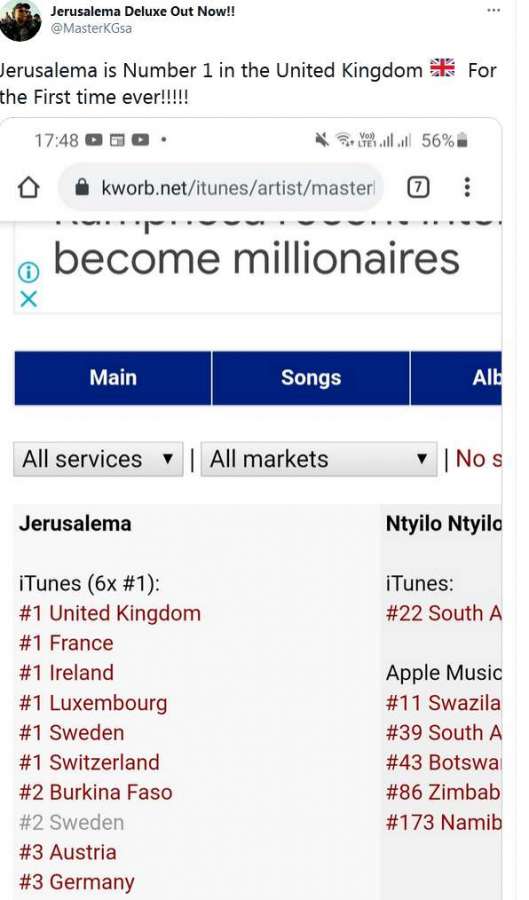 “Jerusalem,” a collaborative work with Nomcebo, was one of the biggest songs of 2020. The song had gone global and been endorsed by celebs in different fields, from football to music, making the songster one of the most visible South African artistes of the year.

The song failed to be nominated for the South African Music Awards (SAMA) in 2020, leading to outrage from members of the public.

Anyway, it has earned scudetti in other areas, including a double platinum plaque in Spain. The most recent is the song making it to the No. 1 spot on the United Kingdom charts for the first time.

What do you think of Master KG’s “Jerusalema” song making it to No. 1 in the United Kingdom. If you’re not conversant with the song, you might want to check it out here and join the conversation by dropping your thoughts in the comment section.