Master KG is surely living the life after years in poverty and obscurity. What’s significant about his journey is that he has maintained his relationship with his friend who was there before Master KG became rich and famous.

In a recent tweet, Master KG shared a picture o f him and a friend (unnamed), stating that they started the journey together and are still together, although Master KG appears to be more famous at the moment.

The picture showed them in a pricy sports car (Porsche Convertible), the friend at the wheel. Most of his fans praised him for still sticking with his longtime friend now that he has become famous. 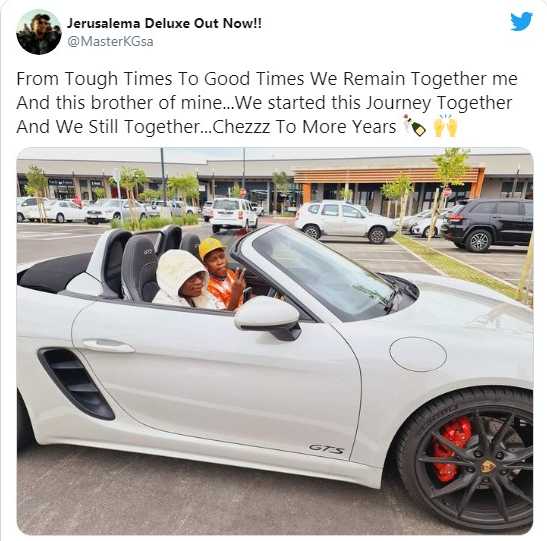 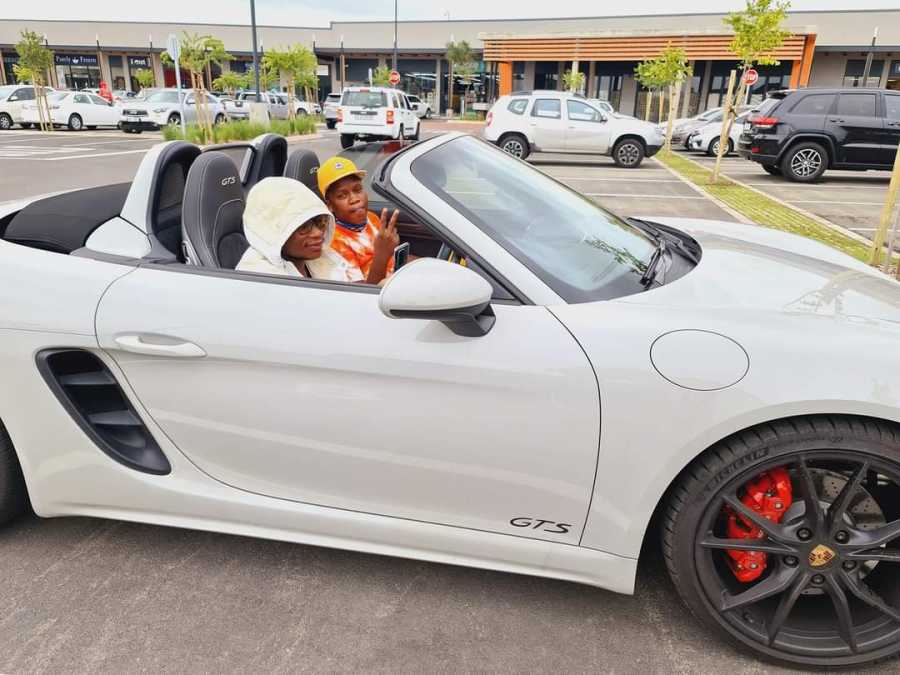 Some fans were more focused on the car, saying Master KG’s car collection is getting bigger.

Master KG has been in the music industry for years. But he only gained global attention when he released the song “Jerusalema” in collaboration with fellow South African Nomcebo. The song blew up soon after release, endorse by several global figures.

By the way, not only was the song a hit in South Africa, it enjoyed similar prestige globally, leading to key connections for the muso, including an invitation by Vin Diesel.