Yo, Master KG is still winning. All thanks to his hit song, “Jerusalema” which features vocals from Nomcebo Zikode. The talented muso has been on an upward rise since the song went viral and practically took over the world.

It has gotten love from various parts of the world, and amassed millions of streams too. Did we mention that it has also bagged KG multiple international awards? Well, it has. We hear he’s still winning more.

A recent post by the “Superstar” hit maker proved that the song is still gaining him blessings. He revealed that he won yet another award. This time for “Global Record Of The Year” at the Global Music Awards Africa. We are so proud of him for all the achievements. Hopefully, he delivers more chart-topping hits. 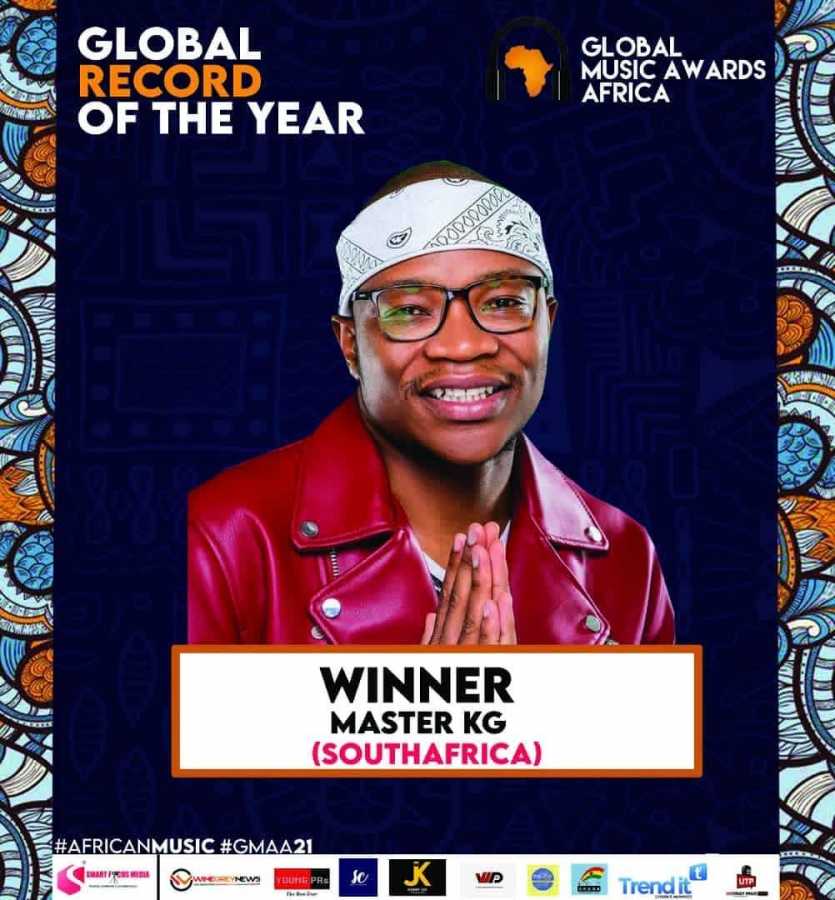