Amidst all the craziness in the world right now, Mzansi hit maker, Master KG has given fans so much to rejoice about. Literally everyone is proud of all the success he has attained this year.

It’s been less than a year since he dropped the viral hit song “Jerusalema” featuring Nomcebo Zikode, and it has since amassed a lot of success all over the world. It hasn’t been long since we celebrated the album’s hitting 100 million views on YouTube, now it has doubled that number of views. 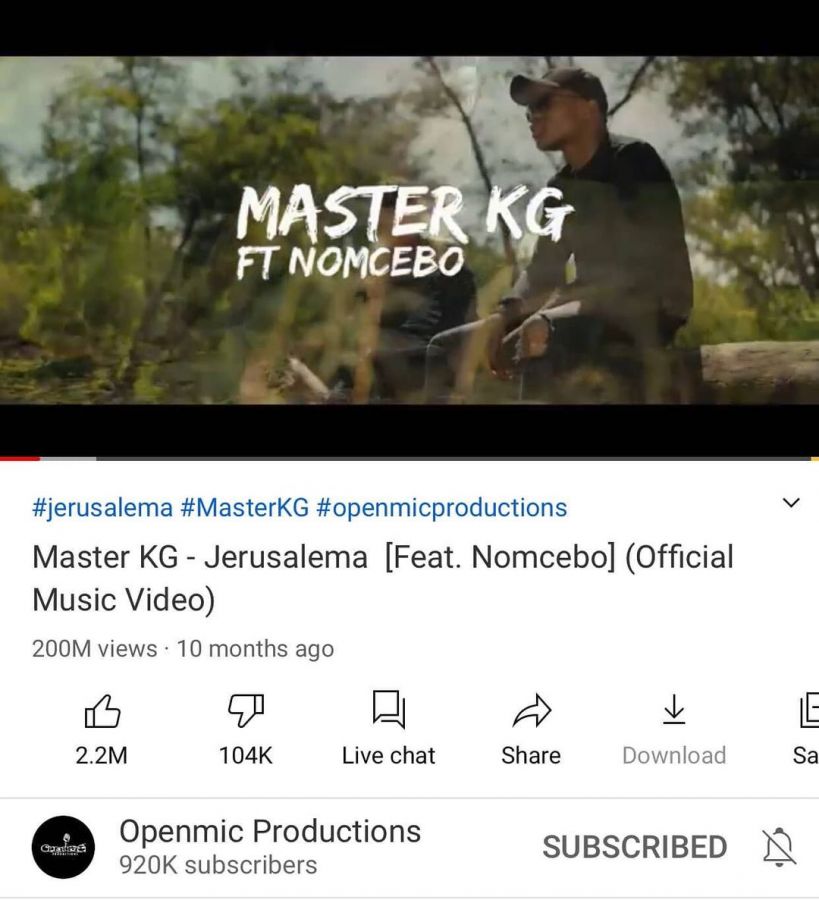 The “Superstar” hit maker took to his Instagram page to share the exciting news. We wonder how he feels right now. “Jerusalema” continues to amass love and praise from people from all over the world. A big congratulations to both KG and Nomcebo on hitting this new milestone.

Tags
Master KG Nomcebo Zikode
John Jabulani Send an email 24 October 2020
Back to top button
Close
We use cookies on our website to give you the most relevant experience by remembering your preferences and repeat visits. By clicking “Accept All”, you consent to the use of ALL the cookies. However, you may visit "Cookie Settings" to provide a controlled consent.
Cookie SettingsAccept All
Manage Privacy