The 100 million mark followed Master KG’s announcement he was about a million views to reaching 100 million. Well, he’s reached the mark finally, becoming the first South African musician ever to reach 100 million views for a single video on YouTube.

By the way, at some point, due to technical issues, the music video was temporarily unavailable, leading to fears it might lose the number of views it had amassed since it premiered about a year ago. Well, when the video was up again, it retained its view count, to the excitement of fans, including Master KG himself. 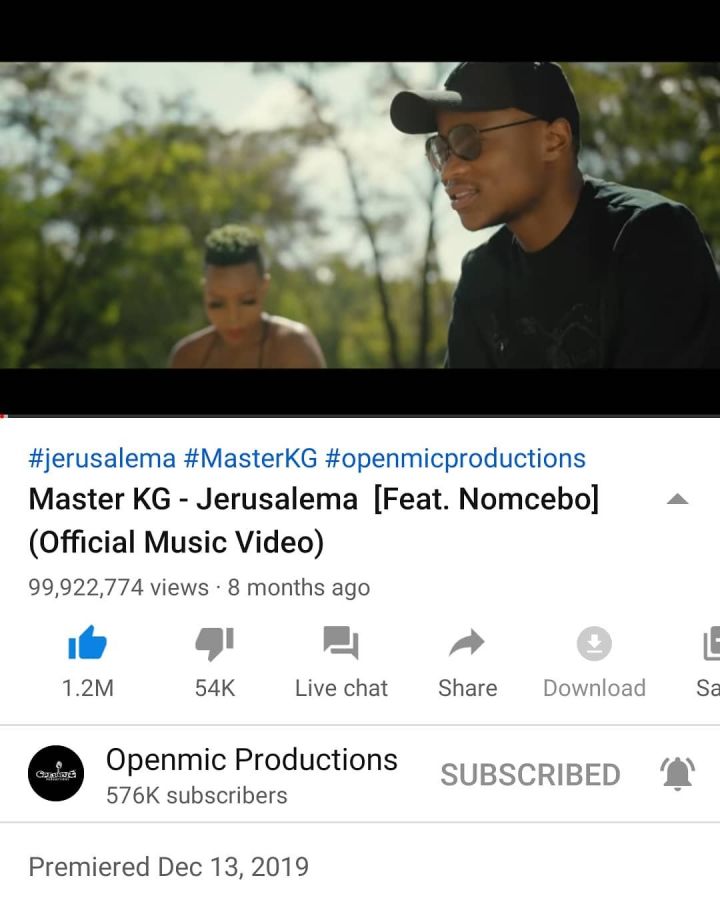 Master KG recorded this milestone amid the controversy surrounding his break with girlfriend Makhadzi.

“Jerusalema” is Master KG’s biggest hit to date. A global hit. Many had wanted to see the song win a South African Music Award (SAMA) this year, but the song was not even nominated, scandalizing almost the entire nation. Well, the music video keeps climbing in views.

In case you haven’t watched “Jerusalema” music video, you can check it out below and join the conversation by dropping your thoughts in the comment section below.

Tags
Master KG Nomcebo Zikode
John Israel A Send an email 27 August 2020
Back to top button
Close
We use cookies on our website to give you the most relevant experience by remembering your preferences and repeat visits. By clicking “Accept All”, you consent to the use of ALL the cookies. However, you may visit "Cookie Settings" to provide a controlled consent.
Cookie SettingsAccept All
Manage Privacy