Since the song dropped, it has taken over charts all over Africa and remains the most listened to and talked about song right now. Master KG recently shared a screenshot of the SA Music Chart showing the new song resting at numbers 1, 2 and 8. That’s absolutely massive.

Many have hailed Master KG for the new remix applauding Burna Boy’s performance on the song. It even got a thumbs up from the lovely Bonang Matheba, who referred to it as “music”. It has also led many to change their minds about Burna after cancelling him for his feud with AKA. 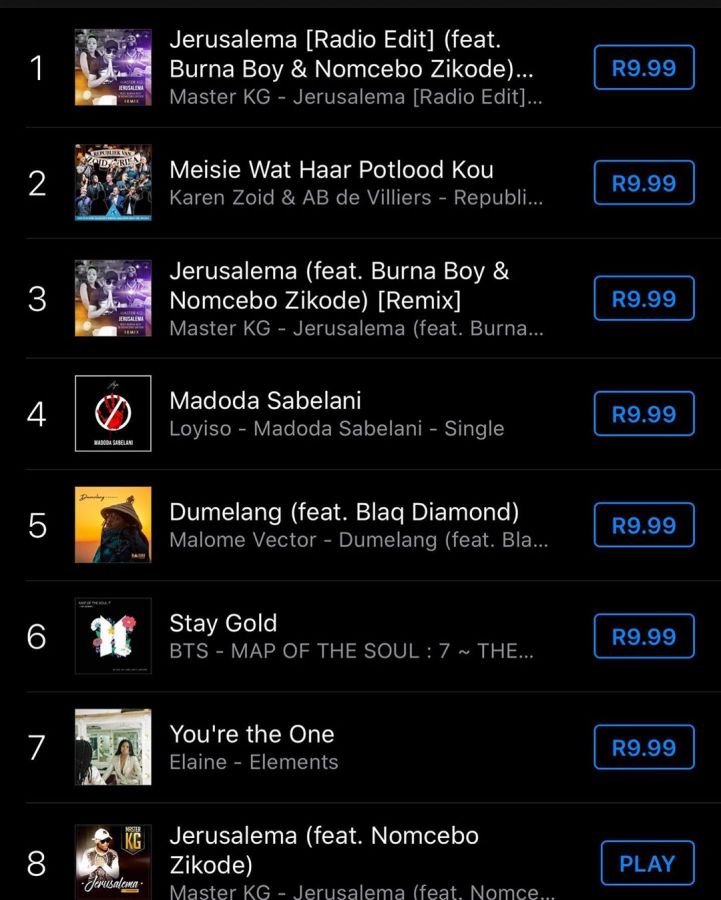