Master KG’s good fortunes continue to unravel with the recent revelation that his “Jerusalema” song with Nomcebo is now two times platinum in Spain.

Listas Ventas Espana broke the news yesterday and Master KG shared it with his fans on Twitter.  A wave of congratulations was enough indication that his fans were chuffed with his latest win.

“Jerusalema” went platinum in Spain last year, and Master KG had jubilated over the success. A leap in numbers has given the song its latest status. It is the South African singer and record producer’s first song to reach double platinum status in the country. 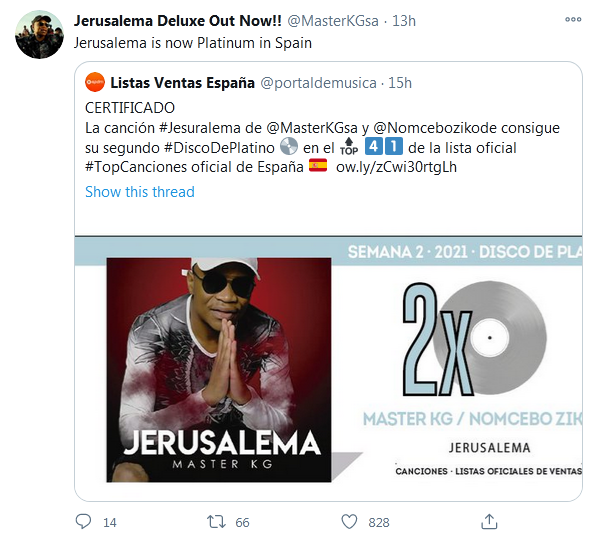 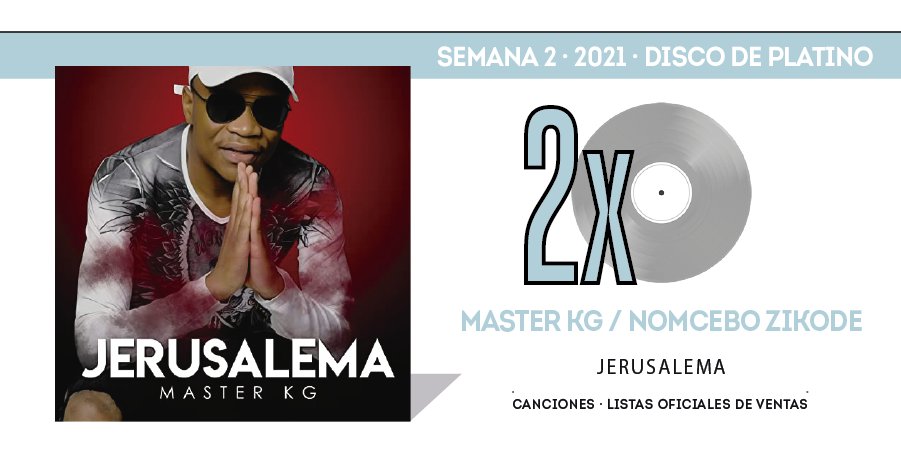 By the way, “Jerusalema” was one of the biggest songs of 2020 – if not the biggest. The song surged in streaming stats when celebs like Christian Ronaldo and Janet Jackson endorsed it online. At the moment, “Jerusalema” has grossed over 300 million views on YouTube. It is probably the only song by a South African to reach that number.

Although interest in “Jerusalema” appears to be waning, the song remains Master KG’s biggest to date. 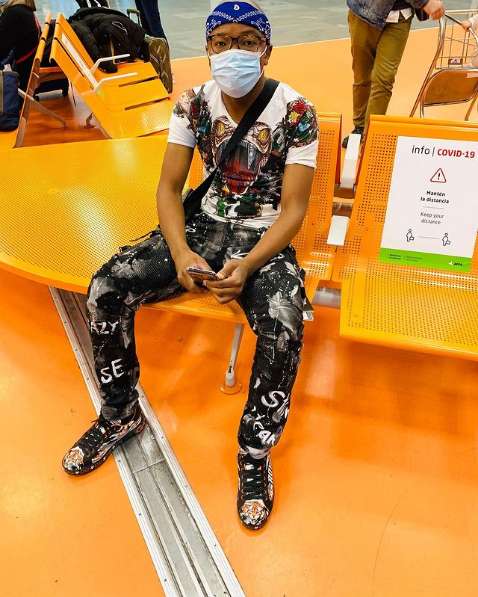 What do you think about Master KG’s latest career milestone? You might want to join the conversation by dropping your thoughts in the comment section below.

Tags
Master KG Nomcebo Zikode
John Israel A Send an email 20 January 2021
Back to top button
Close
We use cookies on our website to give you the most relevant experience by remembering your preferences and repeat visits. By clicking “Accept All”, you consent to the use of ALL the cookies. However, you may visit "Cookie Settings" to provide a controlled consent.
Cookie SettingsAccept All
Manage Privacy