Somewhere in Mzansi, a war is raging. Hold on a bit, this is not some bloody stuff, with grenades flying all over the place. Far from it. We’re talking the war of the cooks…

Yup. Several South Africans are competing for the scudetto of Master Chef in a reality show that has got food buffs and gourmands on the edge of their seats.

One chef that has captured attention so far is Onezwa, a 26-year-old Mzansi lady. She’s charmed the Master Chef platform already, and the platform had made it clear on Twitter that’d there for her energy.

Can you beat that? Onezwa herself has made it clear that she came to kill the show. She’s got her red lips on – that’s the sign for her and she’s keen everyone should know. 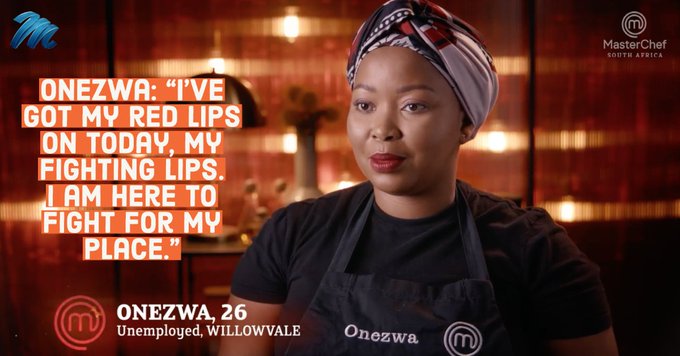 Fans are just as chuffed with Onezwa and they have not been hiding their excitement. But then it soon emerged that Onezwa was leaving. Some of her stans were incredulous and others just broke down in tears (emojis). 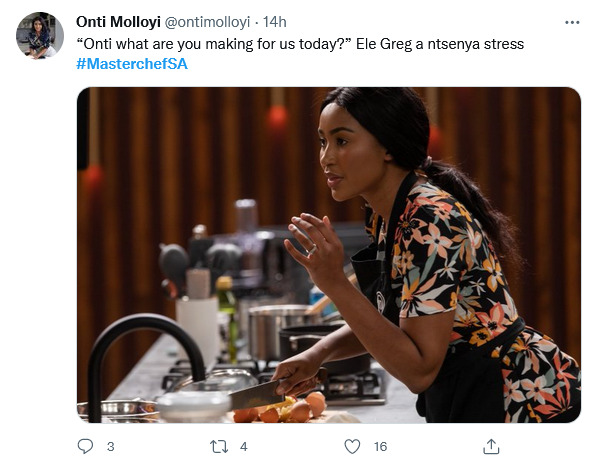 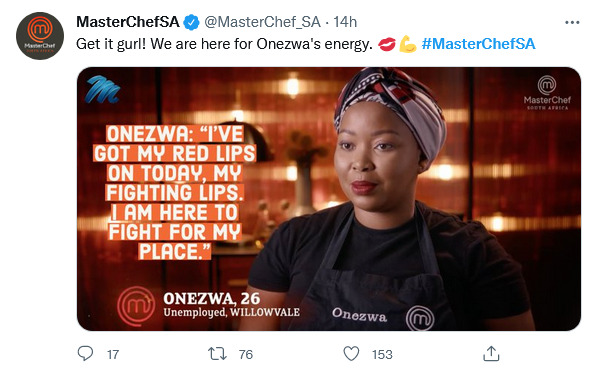 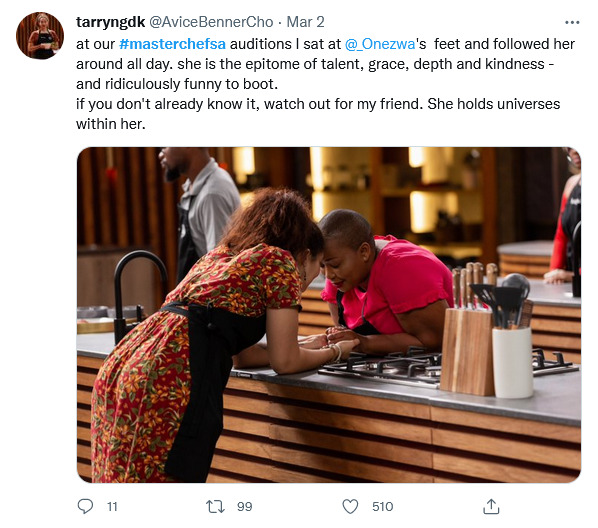 But then, as some viewers had observed, it isn’t that favorites come out in the wash. Another thing is, winning the show doesn’t necessarily man one is the best cook in South Africa. Lol.

Tags
Master Chef Onezwa
John Israel A Send an email 8 March 2022
Back to top button
Close
We use cookies on our website to give you the most relevant experience by remembering your preferences and repeat visits. By clicking “Accept All”, you consent to the use of ALL the cookies. However, you may visit "Cookie Settings" to provide a controlled consent.
Cookie SettingsAccept All
Manage Privacy