Meek Mill says he caught his relatives secretly recording him during an argument.

As they say, Fame comes with a whole lot of baggage. Even the closest people to you can turn on you. This includes relatives of celebrities who usually turn on them for a bit of the shine. A lot of celebs have spoken out about changes in their personal lives since they got famous.

In a recent post made to his Instagram stories, American rapper, Meek Mill revealed that he caught some of his relatives secretly recording him during an argument. He went on to ask who they were going to show the video to. It is obvious the rapper is heartbroken by this, proving that he can’t trust even his family.

At the end of the post, he revealed that fame changed a lot for him. However, he didn’t explain what the argument was about. Meek has been putting all his energy in his Prison Reform Initiatives.

The “Believe” rapper recently aided the release of Juel Santa. He has also spoken out in support of the release of Corey “C-Murder” Miller. However, he hasn’t revealed if he is partnering with Kim Kardashian and her team for this. 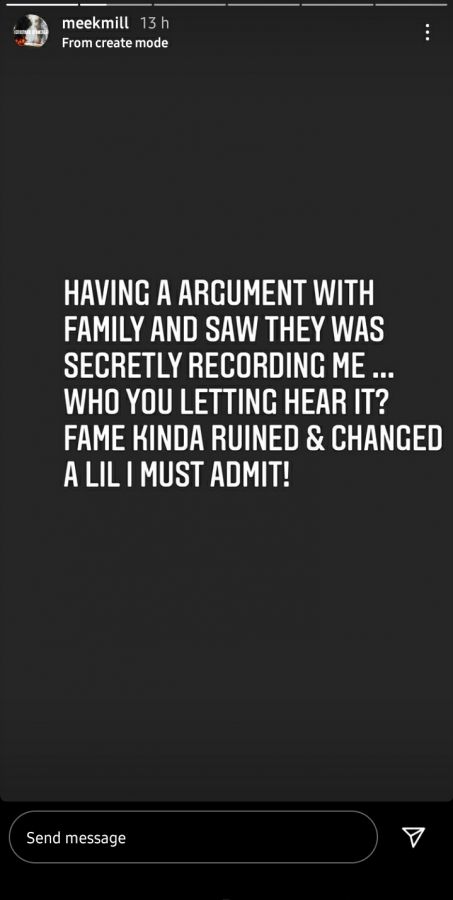 Tags
Meek Mill
John Jabulani Send an email 20 August 2020
Back to top button
Close
We use cookies on our website to give you the most relevant experience by remembering your preferences and repeat visits. By clicking “Accept All”, you consent to the use of ALL the cookies. However, you may visit "Cookie Settings" to provide a controlled consent.
Cookie SettingsAccept All
Manage Privacy