And joy and celebration reverberated through the household of Andile Mpisane. For good reason. His wife, Tania Mpisane, has just given birth to a baby girl.

Andile Mpisane is yet to post about the birth at the time of writing. However, his mother did post about baby Miaandy.

According to the popular businesswoman, the baby arrived at 12:14 am yesterday, Sunday, May 15, weighing 2.8kg. Tamia is said to be okay and recovering, while Andile is exhausted but in good spirits.

Interestingly, Tamia herself is yet to post anything about the birth. It appears she and her man have delegated that to Mama.

Anyway, Shauwn Mkhize is more than happy to take over and broadcast the good news to the world. In her post, she indicated she’s so happy to be a grandmother all over again. 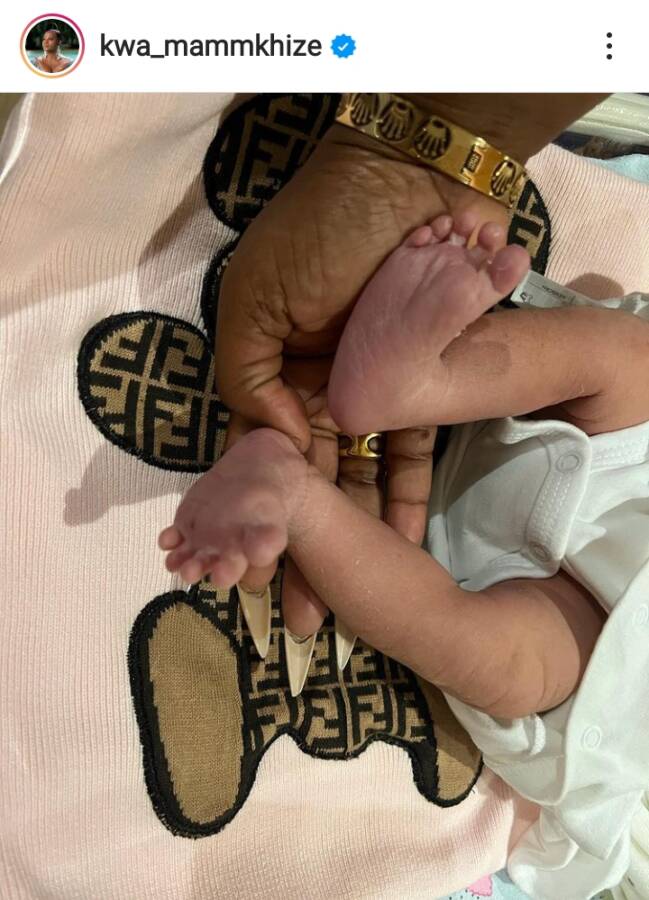 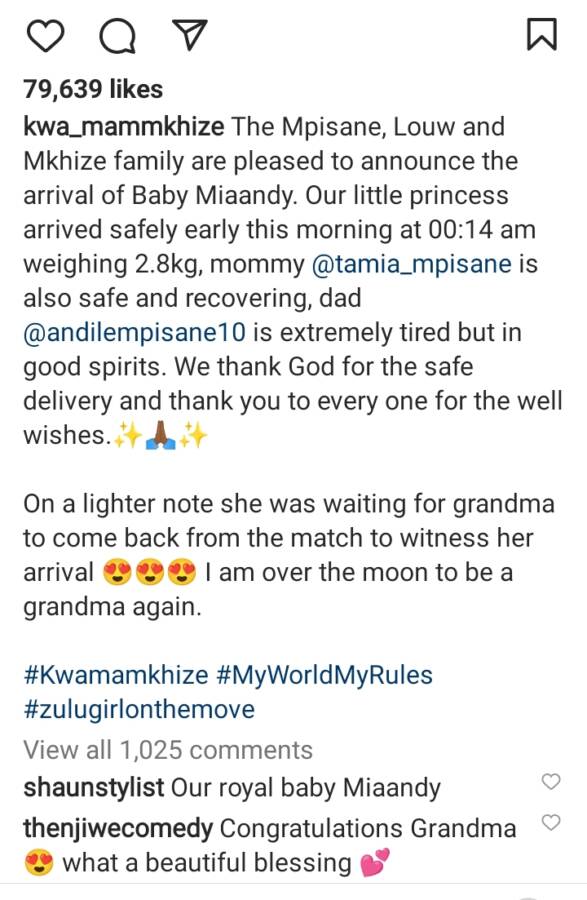 She’s already a grandmother to two daughters, both from Andile Mpisane’s ex-girlfriend, Sithelo Shozi. (Andile is said to have doubts that he’s the father of Sithelo Shozi’s second child.)

The Royal AM footballer got married to Tamia last year, leaving many people scratching their heads because they never saw it coming. She got pregnant soon after.

And now she has her bundle of joy. Some solidarity.

Tags
Andile Mpisane Miaandy Tamia Louw
John Israel A Send an email 16 May 2022
Back to top button
Close
We use cookies on our website to give you the most relevant experience by remembering your preferences and repeat visits. By clicking “Accept All”, you consent to the use of ALL the cookies. However, you may visit "Cookie Settings" to provide a controlled consent.
Cookie SettingsAccept All
Manage Privacy