Controversial dancer Zodwa Wabantu has joined Mzasni’s core traditionalists and she had no apologies for the move. So y’all may as well start preparing to call her a sangoma.

In a recent post to Instagram, the Zodwa Wbantu had shared an image of her in what appears to be a stagnant stream, draped in traditional clothes, animal horns in her hands.

For those who might be wondering what that represents, the mother of one noted she was embracing her traditional calling. Apparently, the signs had been there all along, but she’s only now taking things seriously. 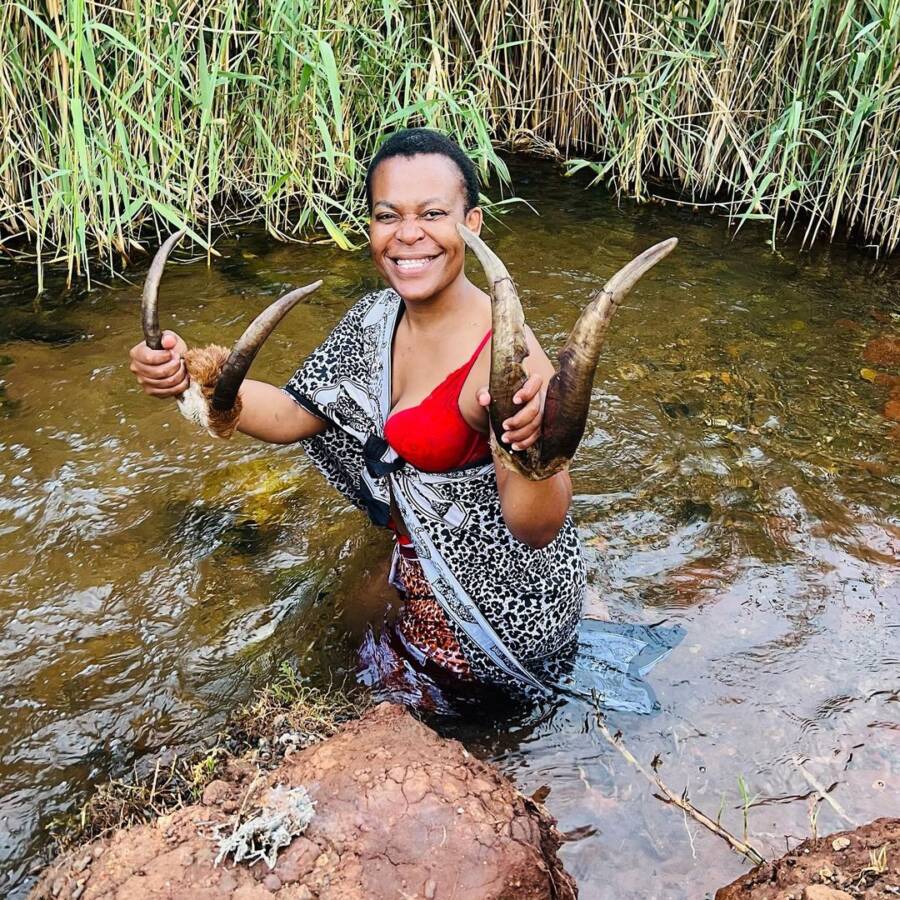 With her embracing the traditional, she joins several Mzansi celebs who are also into the traditional way of life. One such celeb is Masechaba Ndlovu, who recently claimed Jub Jub raped her when she was younger.

Another is the rapper Boity.

Zodwa Wabantu’s announcement that she’s now a “marine princess” elicited mixed reactions from social media users. Some praised her for embracing her traditional calling. Some thought she was trying to step into something evil, and tried to preach to her.

Either way, the controversial dancer has made her decision. And the best thing the crowd can do is to respect it. Meet Gogo  Zodwa.

Tags
Zodwa Wabantu
John Israel A Send an email 19 January 2022
Back to top button
Close
We use cookies on our website to give you the most relevant experience by remembering your preferences and repeat visits. By clicking “Accept All”, you consent to the use of ALL the cookies. However, you may visit "Cookie Settings" to provide a controlled consent.
Cookie SettingsAccept All
Manage Privacy