Michael Jackson is remembered for his huge donation to the Nelson Mandela’s foundation in 1999.

It may be years now since Michael Jackson died but he will always be remembered. It wont be just for the music he made but also for his acts of kindness, and humanitarian efforts. MJ was known for his love for children, and how he always donated to support sick kids and to aid them.

Michael’s posthumous social media account recently remembered one of his efforts in South Africa. According to a post from the Twitter account, back in 1999, Michael was invited for the KORA All Africa Music Awards in Mzansi where various awards were presented to many artists.

He received the Lifetime Achievement Award after which he presented Mandela with a cheque for 1million Rand for the Nelson Mandela Children’s fund. 21 years later, the King of Pop is still being remembered for it. A really big shoutout to him. 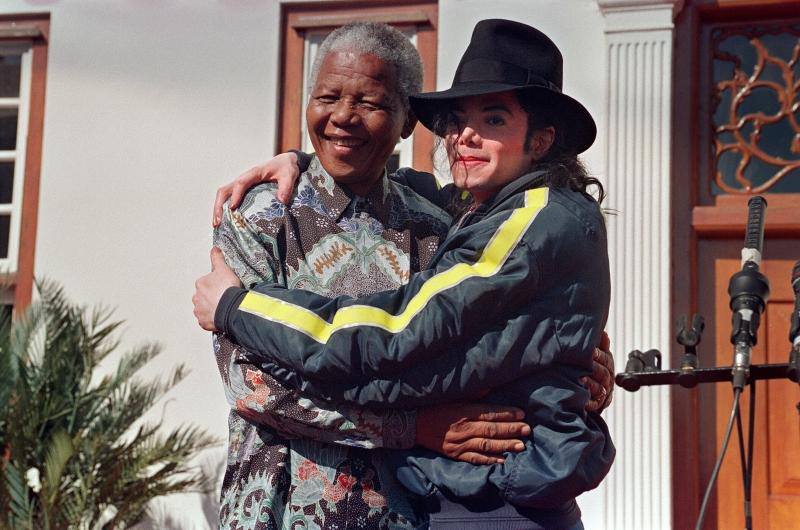 Tags
Michael Jackson Nelson Mandela
John Jabulani Send an email 1 October 2020
Back to top button
Close
We use cookies on our website to give you the most relevant experience by remembering your preferences and repeat visits. By clicking “Accept All”, you consent to the use of ALL the cookies. However, you may visit "Cookie Settings" to provide a controlled consent.
Cookie SettingsAccept All
Manage Privacy