The past few days have reeked of allegations and claims on why Minnie Dlamini and her estranged husband Quinton Jones are divorcing.

The couple had announced that they were sitting back in February but also noted in their statement that they remain friends and partners committed to the raising of their son. In the intervening months, though, with Quinton Jones allegedly wanting to end the business partnership they had together and liquidate the 25 per cent stake he has in it, speculation tons were rife that he’s cutting off ties with her because of her infidelity.

Some tweeps had claimed that Minnie had an affair with controversial businessman Edwin Sodi and that he was the one bankrolling her jet-set lifestyle. They went as far as digging up her tweet from 2017 when she express how heartbroken she was about her marriage when Thierry Henry visited South Africa. 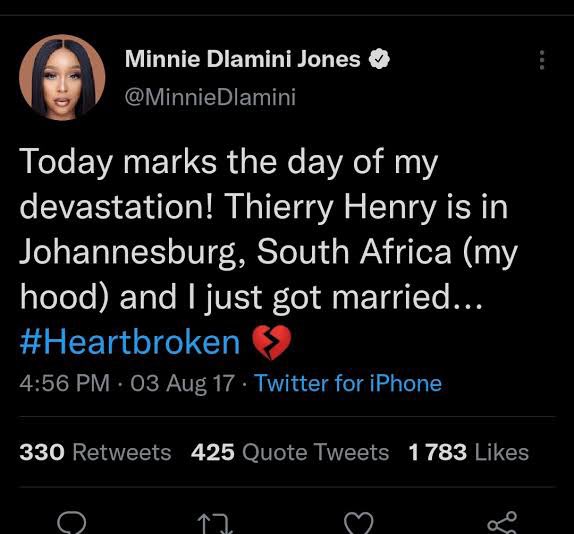 After a brief silence, though, Minnie Dlamini and Quinton Jones had issued another joint statement debunking the claims that they were splitting because of infidelity. They also dismissed as untrue all the rumours being peddled about their divorce, noting those responsible might be slammed with a court case. You can check out the statement below.

We have been made aware of various allegations regarding our divorce circulating on social media since yesterday. Without saying much more, all the allegations made are false, damaging, and malicious.

Fabrications of such a damaging manner are both unnecessary and hurtful in a matter that is already sensitive to us.

Our shared priority is to remain friends and co-parent our son. We kindly ask that you allow us to go through our private processes without dragging ourselves, our families, and our loved ones into baseless rumours and social media sensationalism. These baseless rumours affect not only us, but our child.

Considering the nature of the allegations made, legal action will be taken against the relevant parties. 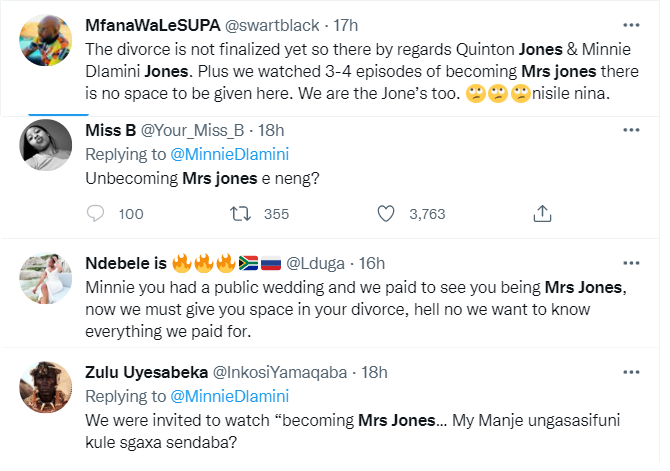 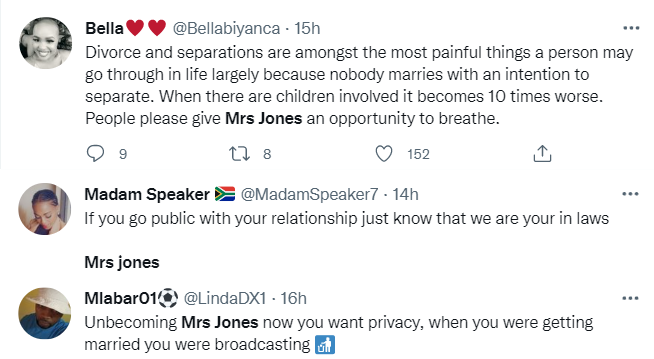 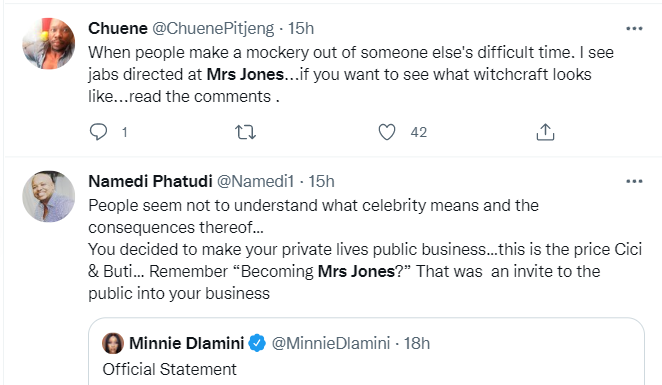 Until their divorce, Minnie and Quinton were among South Africa’s most loved couples. Their split provoked great surprise among those who knew them and loved their relationship.

Tags
Minnie Dlamini Quinton Jones
John Israel A Send an email 12 May 2022
Back to top button
Close
We use cookies on our website to give you the most relevant experience by remembering your preferences and repeat visits. By clicking “Accept All”, you consent to the use of ALL the cookies. However, you may visit "Cookie Settings" to provide a controlled consent.
Cookie SettingsAccept All
Manage Privacy